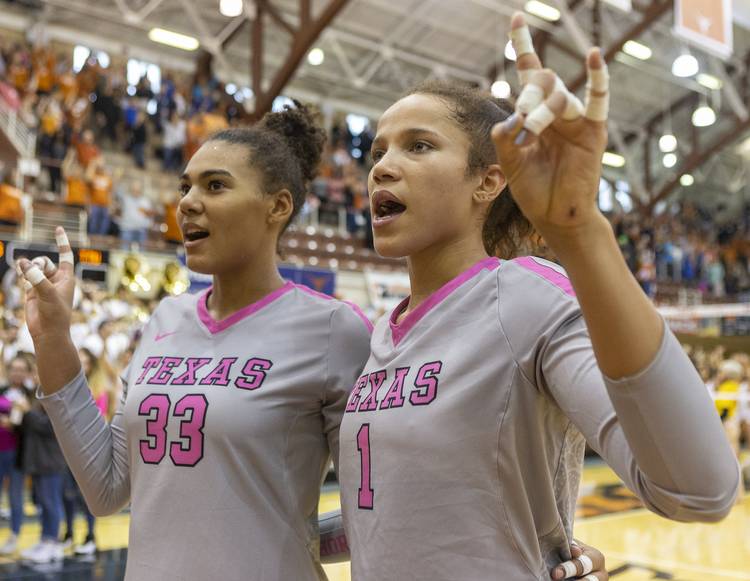 The Longhorns volleyball team concluded the spring season with a sweep of Texas A&M in College Station on Friday night.

Micaya White had 11 kills while Jhenna Gabriel assisted on 15 points. Sydney Petersen and Autumn Rounsaville each had five digs for Texas.

Samantha Sanders led the Aggies with eight kills, but had a -.067 hitting percentage.