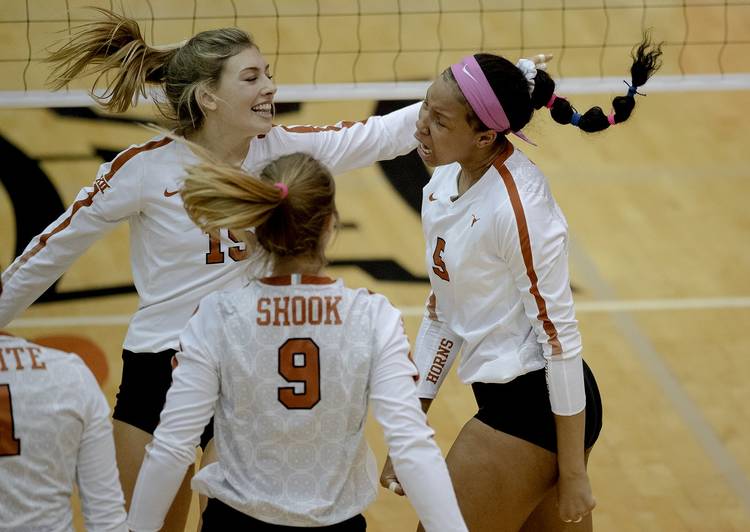 Micaya White led the Longhorns with 13 kills while Logan Eggleston added 11 kills for Texas. White had a hitting percentage of .500 and made four digs, a block and two aces.

Jhenna Gabriel made 36 assists in the match to lead the Longhorns (9-2) while Sydney Petersen led Texas with seven digs.

Skylar Fields and Molly Phillips tied for the team lead in blocks with three each. Fields also chipped in eight kills, third most on the team.

TCU kept it close in the final set, getting to within 22-20. The Longhorns finished off the match on a 3-1 run, ending with a kill by White.

The Longhorns are off through the weekend and next take on Kansas State on the road Wednesday, Oct. 9.