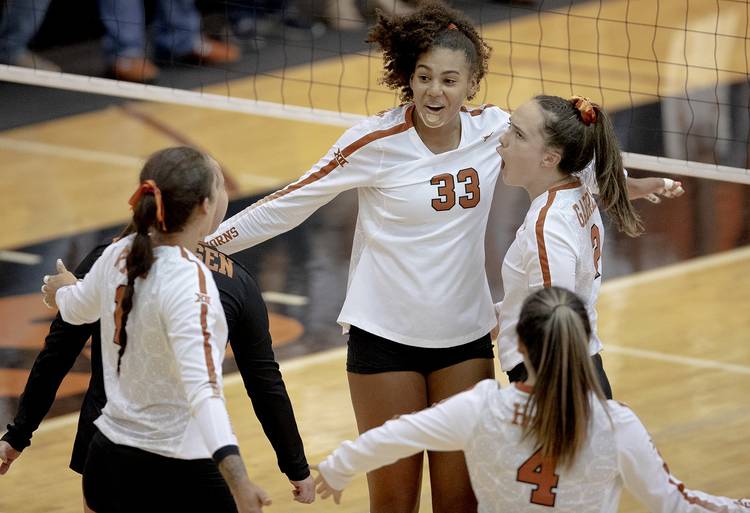 Texas outside hitter Logan Eggleston (33) celebrates a point with her teammates during an NCAA volleyball game against Texas Tech on Saturday, Sept. 28, 2019, in Austin, Texas. [NICK WAGNER/AMERICAN-STATESMAN]

Logan Eggleston recorded a double-double, leading the Longhorns with 11 kills. She added 11 digs as well.

Ashley Dixon led all player with 14 kills for the Wildcats.

The Willdcats had set point when Fields made a kill to tie the game at 25-25. Texas fought off four more set points before kills by Butler and White closed out the first game.

The final two sets played out much differently. Texas jumped out to a 7-2 lead in the second set and Kansas State never got closer than two points. After Kansas State took an early 4-1 lead in the final set, Texas tied it at 12-12. The Longhorns went on a 13-6 run to close out the match.

The Texas volleyball team next hosts Oklahoma on Saturday at 5 p.m. at Gregory Gym.