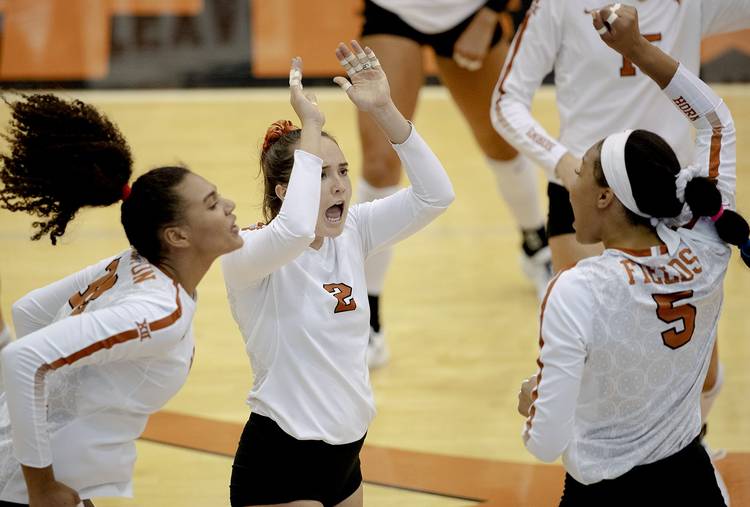 The Longhorns didn’t show any signs of relaxing after a sweep of No. 1 Baylor on Wednesday. Texas made it seven straight sweeps in Big 12 play with Saturday’s win. They’ve dropped just one set in conference and that was in the first match against Iowa State.

Eggleston and Sydney Petersen tied for the lead with 11 digs.

After the second set was tied at 16, Texas utilized a 9-2 run to take the second game.

In the final set, Texas had multiple runs to build a 20-11 lead before cruising to the win.