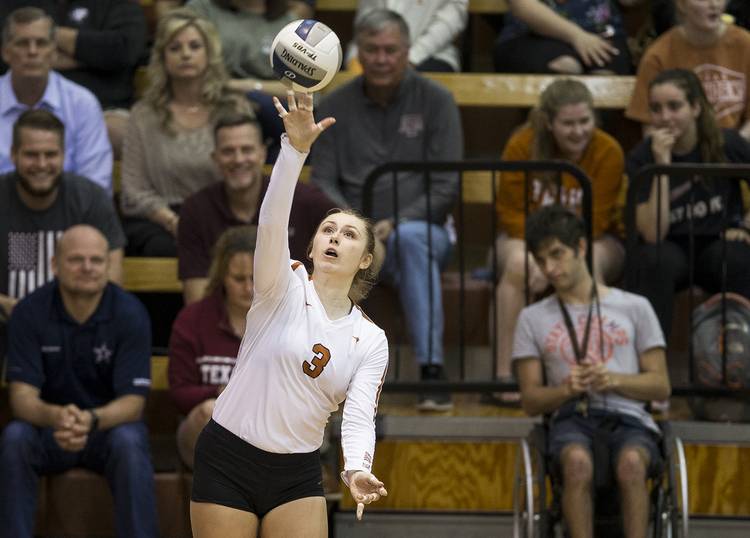 Former Texas setter Riley Fisbeck announced on Sunday that she will join Alabama’s volleyball program as a graduate transfer.

An anthropology major, Fisbeck intends to graduate from Texas this May. Fisbeck, who interned with the Austin Police Department’s homicide unit this past summer, will study criminal justice at Alabama.

Surprise! I’ll be finishing up my volleyball career at the University of Alabama! As a graduate transfer, I’ll be pursuing a masters degree in Criminal Justice while competing for the Tide this fall after I graduate from Texas in May. Roll Tide🐘 pic.twitter.com/K09TVkqfmw

Fisbeck joined Texas’ 2016 recruiting class after excelling in both volleyball and softball at La Grange High. Classified as a senior in 2019, Fisbeck has a year of eligibility remaining since she did not play as a freshman. Over the past three seasons, the 6-1 setter compiled 13 assists and appeared in 11 matches.

Fisbeck is set to join an Alabama program that went 12-17 in 2019. She will compete with incumbents Meghan Neelon and Emily Janek for playing time. Mylana Byrd, who averaged 7.48 assists per set over 17 matches last season, recently transferred to Hawaii.