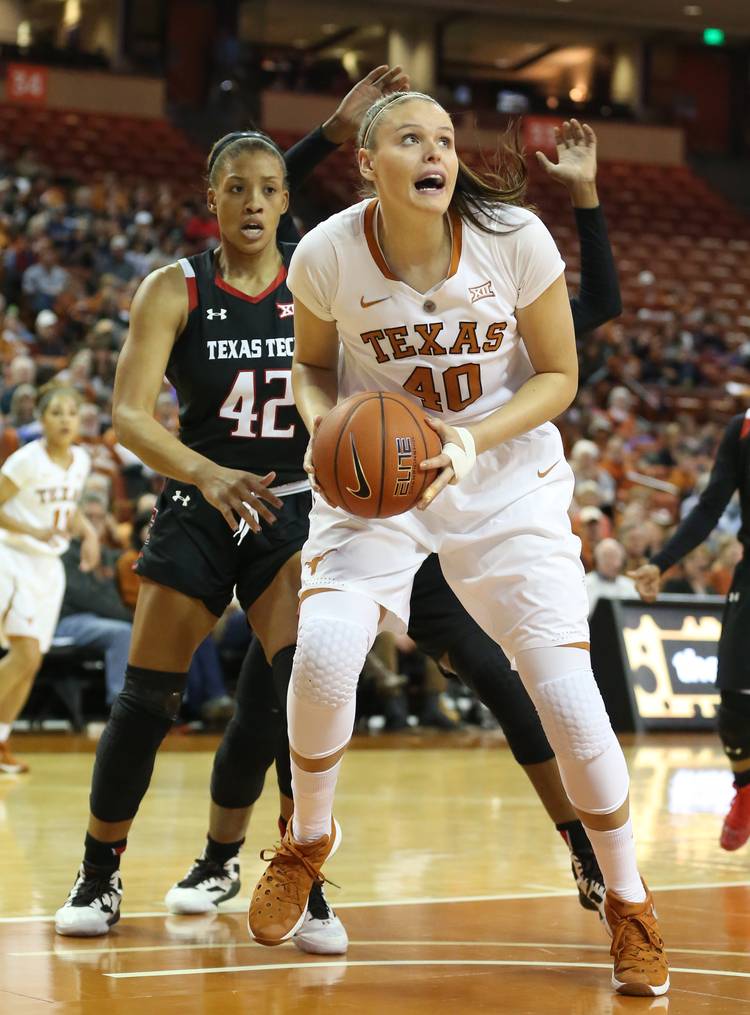 About Texas: In a 86-62 victory over Texas Tech on Saturday, the Longhorns scored 44 points in the paint, and the post duo of Imani Boyette — the Big 12 player of the week — and Kelsey Lang combined for 37 points, 19 rebounds and five blocks. … Texas needs to win six more games to become the fifth NCAA women’s basketball program to record 1,000 career victories. … Now 13-0, the Longhorns would be off to the third-best start in team history if they defeat the visiting Cyclones. … The Horns have won the rebounding battle in 12 of their 13 games.

About Iowa State: After losing three of their first five games, the Cyclones have won eight straight. That includes Big 12 victories over Kansas State and Oklahoma State. … The Cyclones are 17-11 all-time against Texas and have won three straight and nine of their past 11 against the Longhorns. … The Cyclones are 4-8 all-time in games at Texas but won last year’s meeting 58-57. That victory over No. 8 Texas gave Iowa State its top road triumph against a ranked team. … Seanna Johnson is tied for second in the nation with 10 double-doubles this season. She ranks first among Big 12 players.