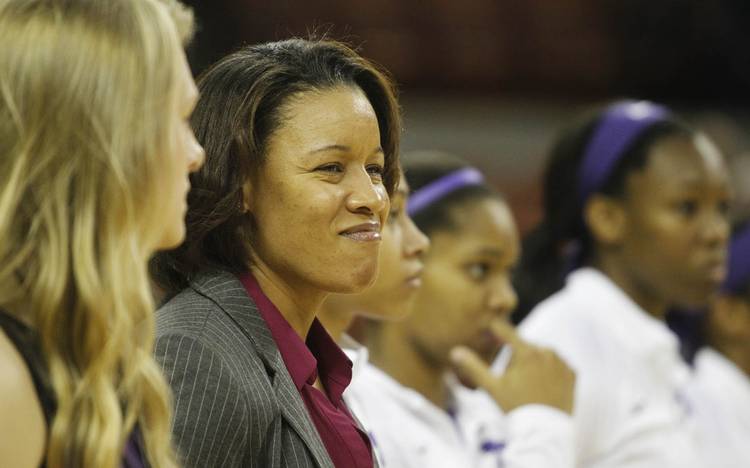 A pair of former Longhorns have been hired by new SMU women’s basketball coach Travis Mays as assistants for the Mustang staff.

Edwina Brown, who has been an assistant at TCU for two seasons, will also serve as SMU’s recruiting recruiting coordinator. At Texas she won the Margaret Wade trophy as college basketball’s Player of the Year in 2000.

Brown played professionally for 10 years, including five seasons in the WNBA. She began her collegiate coaching career at Texas in 2011, helping guide the Longhorns to the NCAA Tournament. She then spent two seasons at New Mexico before returning to the Lone Star State at TCU in 2014.

Amie Smith Bradley, who will join Brown at SMU, has filled various roles for the University of Texas since she played for the Longhorns from 1993 to 1997. Most recently she served the Longhorns as assistant athletics director for stewardship and specialty events at Texas.

Bradley’s coaching career began as an assistant at Bishop Lynch High School — her alma mater — in Dallas. She would later spend seven seasons as head coach at Trinity University in San Antonio, posting a 117-70 record (.626), which still stands as the second-best mark in school history.

Mays had the following comments on both assistants.

On Brown: “Edwina is the ultimate competitor. She was that way as a player and shows the same characteristics as a coach and recruiter. She has a passion about teaching the game the way she approached the game as a player, with high intensity and a belief that she can make every player great. Edwina will be vital in being able to bring the best talent in the country to SMU because many young prospects want to be coached by great players that can prepare them for the highest level.”

On Bradley: “Amie brings an ability to build relationships and create an atmosphere of trust and integrity. She is a great teacher of the game and prepares her players for life beyond basketball. She understands the importance of community involvement and player development. She also brings head coaching experience, great knowledge of the game and an attention to detail that creates success on and off the court.”