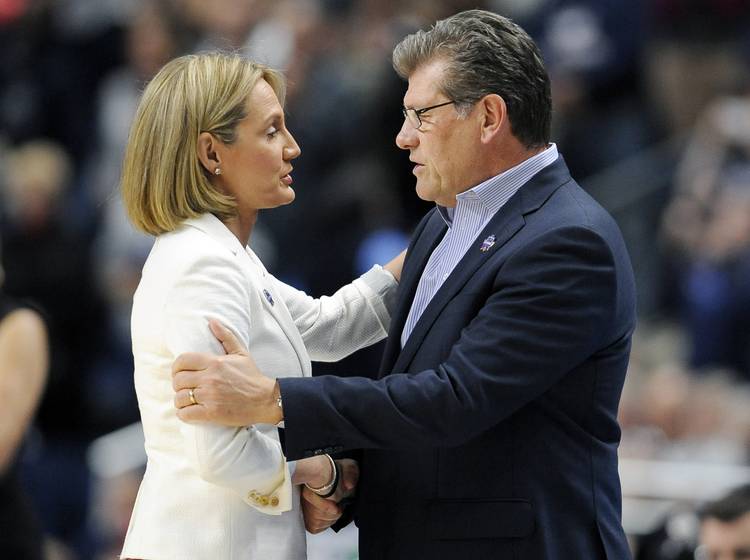 After falling one game shy of the Final Four in the spring, the Texas women’s basketball team has stacked this season’s non-conference schedule with six teams that reached the NCAA Sweet 16 round.

The marquee game will be against UConn in the Jimmy V Classic on Dec. 4 in Uncasville, Conn. Top home games are against South Carolina (Dec. 1) and Tennessee (Dec. 11).

The schedule features seven home games in the Frank Erwin Center, as well as a season-opening exhibition game against Tarleton State Nov. 6 in Gregory Gym.

“We are looking forward to another challenging schedule and our players really embrace competition against some of the best teams in the nation,” coach Karen Aston said. “This year’s schedule offers us a good balance that features our traditional rivalries and a good mix of national contenders and opponents from within the state of Texas.

“Our strong non-conference schedules over the past several years have really given us great opportunities to asses the strengths and weaknesses of our team and gain some early confidence. This year’s schedule is no different, and will again prepare us well for the Big 12 Conference schedule and the NCAA Tournament.”

This year’s non-conference opponents compiled a combined 229-119 (.658) record last season and six of Texas’ 11 non-league foes finished with an RPI in the top 21 a year ago. Six of the teams are ranked in the top-15, according to ESPN.com’s “Way Too Early Preseason Top-25,” which was announced on April 19.

The Big 12 Conference schedule will be announced at a later date, as will times and television information for the non-conference slate.

Texas women’s basketball season ticket deposits are $99 and accepted now online at TexasSports.com or by calling (512) 471-3333.