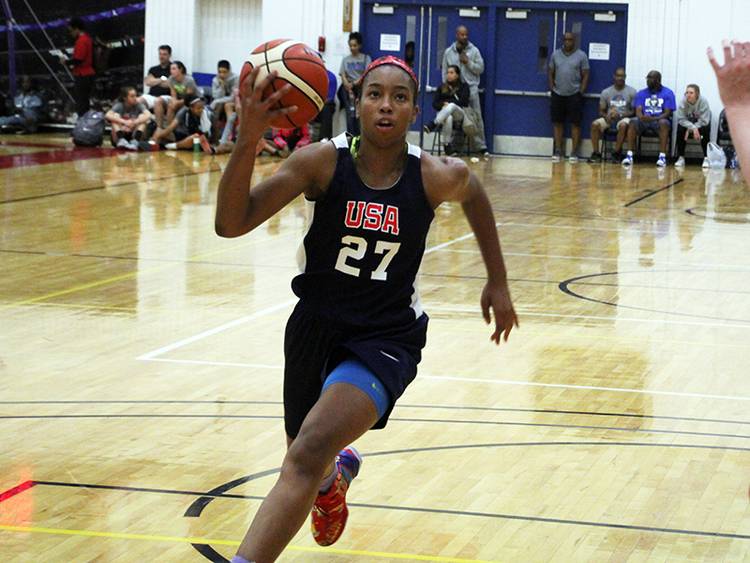 Megan Walker, the nation’s top women’s basketball recruit in the Class of 2017 according to ESPN, made her official visit to the Forty Acres over the weekend.

Had a great official visit this weekend at the University Of Texas #HookEm 🤘 pic.twitter.com/UM6gXhUg5p

The 6-foot-1 forward from Chesterfield, Virginia, will also pay visits to powerhouse programs UConn and Notre Dame in the coming weeks, but it appears she liked what she saw in Austin. Walker gave an interview with the Richmond Times-Dispatch that published Monday, and in it she discussed the visit.

Here’s an excerpt from the interview:

RTD: What were some questions you had for Texas going into your visit, and how was Texas able to answer your questions?

MW: The coaches vision of the team, how would I fit into the program. Coach Karen (Aston) shared her program vision, how strong the program is now and adding me to team would put them in a position to win a conference and national championship.

RTD: What do you like about Texas coach Karen Aston’s coaching style, and how do you think that will benefit you as a player?

MW: What I like about Coach Karen’s program is the uptempo style of play. I like to get up and down the court and score the ball. So in her program I feel like I could excel tremendously well

RTD: What is one thing Texas coach Karen Aston said that really stuck out to you during your visit?

MW: I’d have an opportunity there at Texas to do something that no other team has done by strengthening the program to win a national championship and leave my own legacy.

According to her MaxPreps profile, Walker has averaged 20.1 points, 7.3 rebounds, 1.6 assists and 2.7 steals per game through her first three seasons at Monacan High School in Richmond. She was the subject of a profile by ESPNW in May 2015.

Also over the weekend, Chasity Patterson, the No. 4 prospect in the country and the nation’s top point guard according to ESPN, made her commitment to the Longhorns “official.” The 5-6 Patterson, who hails from Houston, averages 21.0 points, 4.2 rebounds, 3.6 assists and 4.3 steals for North Shore High School. She became the first member of Karen Aston’s 2017 recruiting class in June.

Texas is coming off a season in which it went 31-5 and fell to UConn in the Elite 8. Landing both Patterson and Walker would be a huge haul for coach Karen Aston and the program.

Which Charlie Strong getup puts the Longhorns at the best odds for a win?