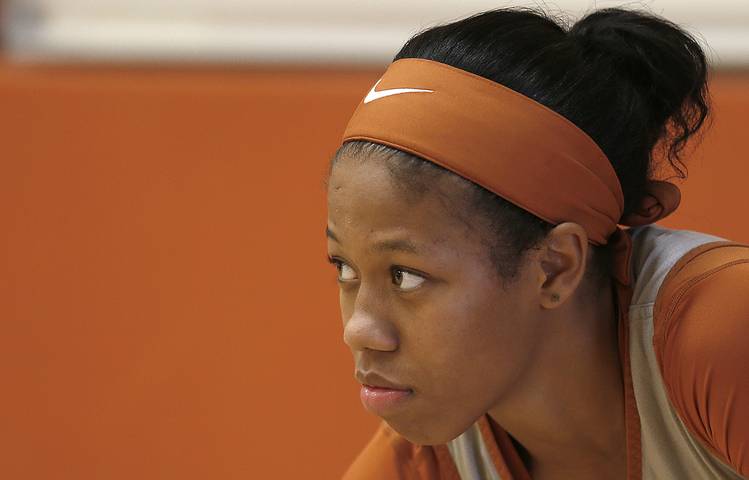 Texas Alecia Sutton looks on during practice on Thursday, Oct. 27, 2016 at the Cooley Pavilion, UT campus RICARDO B. BRAZZIELL/AMERICAN-STATESMAN

Sutton got the start at guard and scored four points to go with seven rebounds and a steal. Holmes went scoreless but contributed four rebounds and three assists in 13 minutes.

The win sets up a finals rematch with Russia on Sunday. The U.S. will go for its seventh straight title at the FIBA U19 World Cup.

The Americans took a big lead after three quarters, 65-43, but Japan fought back to make it close.

Team USA was outscored 23-8 in the final period, but it wasn’t enough for Japan to complete the comeback.

Though Sutton had modest numbers, she proved to be valuable on the court with a plus-minus of 23, which was second best on the team. Only Ruthy Hebard, the team’s leading rebounder and scorer on the day, had a better plus-minus of 25. Sutton is averaging 7.5 points per game to go with 3.2 rebounds and 1.8 assists.

Holmes is third on the team in scoring, averaging 9.8 points per game, and leads the team in rebounding with nine per contest.