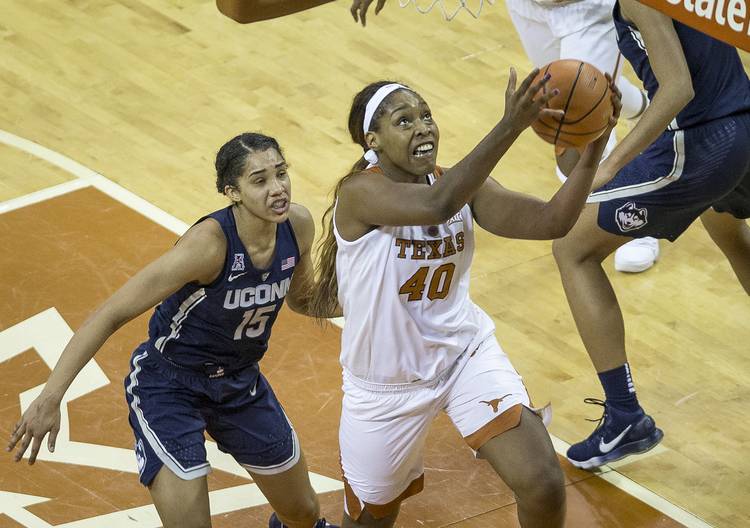 Collier is among 20 players named to the Katrina McClain Award watch list. It is given to the top power forward in NCAA Division I basketball. White is on the watch list for the Lisa Leslie Award, which goes to the top center in the country.

The winners will be announced on an ESPN platform during the Women’s Final Four in March.

Collier, a freshman, finished her high school career averaging 30.9 points per game and 11.5 rebounds. She also averaged 2.3 steals and 2.2 blocks per contest.

White led the Longhorns in field-goal percentage at 54.4 percent. She also led Texas with 207 rebounds.