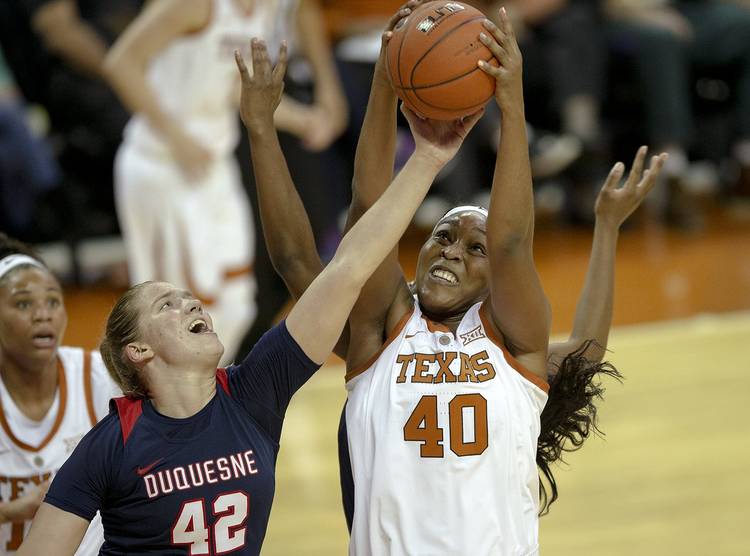 Jatarie White had 20 points and 12 rebounds as the No. 12 Texas women’s basketball team pulled away from UT Rio Grande Valley for an 81-66 win on Thursday night in Edinburg.

Texas only led by one point a minute into the second half.

Krisynthia Sampson and Idil Turk opened the third quarter with 3-pointers for UTRGV (6-5) to cut the Texas lead to 41-40.

White then made a layup that started a 15-0 run. She had six points as the Longhorns went 5 of 10 from the field and 5 of 5 from the foul line. UTRGV missed three shots and had three turnovers during the Longhorns’ run.

The home team cut the gap to 59-48 entering the fourth quarter, but Texas opened with an 8-0 run.