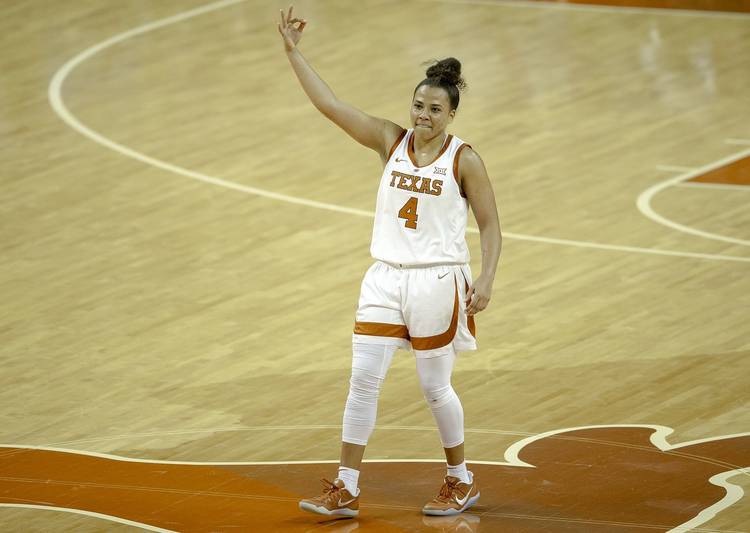 Destiny Littleton scored 22 points, one of three Texas players to set career highs, and the No. 13 Longhorns warmed up for conference play with its highest scoring game of the season on Saturday, a 104-66 win over Northwestern State at the Erwin Center.

Littleton went 11 for 11 from the foul line while amassing a career-high seven assists and six rebounds.

Texas, which opens Big 12 play against Oklahoma State on Wednesday, set a school record as they made 12 of 19 3-pointers for 63 percent. That’s the best percentage Texas has shot from 3-point range in school history. It’s the third-most 3-pointers Texas has made in a game. Sutton was 4 of 4 from distance and Danni Williams went 5 of 7 for 15 points. Williams also tied Jada Underwood for the team lead in rebounds with eight.

Texas closed the first half with a 13-0 run for a 52-29 lead and opened the second half with 11 straight points. Littleton scored seven of the 11 points in that run. The Longhorns led by as many as 41 in the second half.

With Saints still in town, Texas makes some adjustments at the Superdome