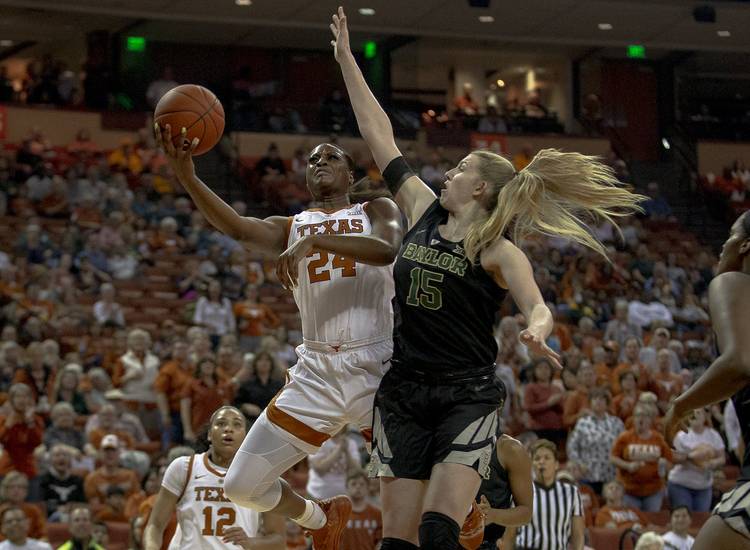 Joyner Holmes matched a career-high with 22 points and the No. 14 Texas women’s basketball team jumped out early to beat Kansas 91-73 on Saturday night in Lawrence.

Holmes made 9 of 12 field goals, grabbed six rebounds and recorded her 11th game in double-figure scoring. She also had 15 points and eight rebounds in a win over the Jayhawks last month.

Danni Williams added 14 points for Texas while Sug Sutton had 12 points, six assists, and two of the Longhorns’ six steals.

Kylee Kopatich scored 18 points to lead the Jayhawks. Aniya Thomas added 10 of her 15 points in the second half.

The Texas women’s basketball team next travels to Stillwater, Okla. to take on Oklahoma State Tuesday at 7 p.m.