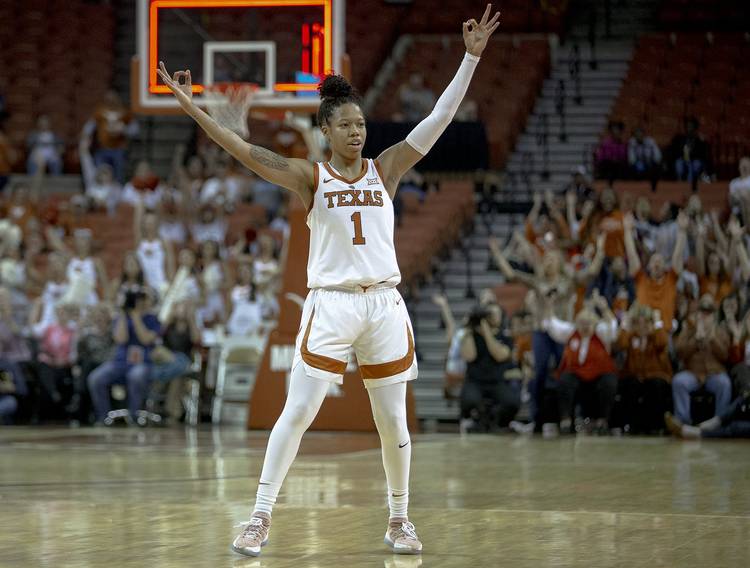 Sug Sutton scored 17 points on 7-of-10 shooting, adding seven rebounds and six assists, to lead the No. 15 Texas women’s basketball team to a 61-55 victory over Oklahoma State on Tuesday night in Stillwater, Okla.

Texas held on to second place in conference play by improving to 8-1 on the road this season. The Longhorns are now 13-10 all-time on OSU’s floor.

Joyner Holmes scored 10 points and grabbed seven rebounds for Texas, and she made 3 of 4 free throws in the final 32 seconds to preserve the win.