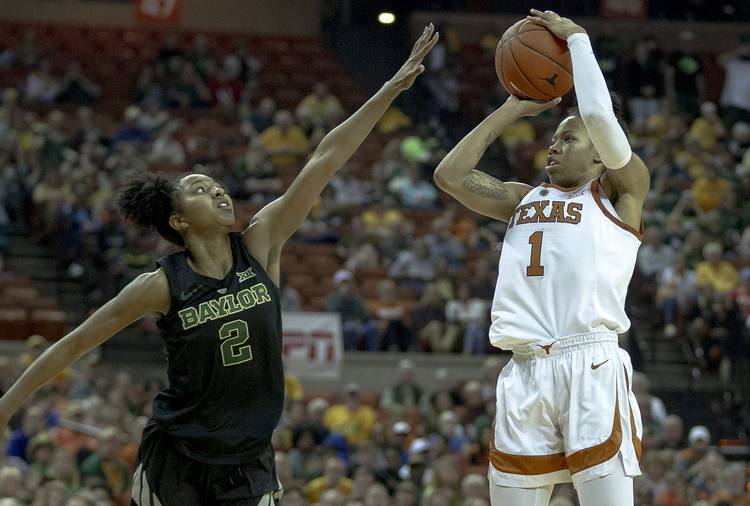 Texas will open the 2019-20 basketball season with two of the Big 12’s best players on its roster.

UT seniors Joyner Holmer and Sug Sutton were both named to the Big 12 preseason team on Wednesday. A 5-8 guard, Sutton scored 12.7 points last season while leading the Longhorns in assists and steals. Holmes, who is a 6-3 forward, averaged 11.8 points and 6.7 rebounds during her junior year.

As expected, the Big 12’s all-preseason team was dominated by Baylor. Three Bears — Lauren Cox, Juicy Landrum and NaLyssa Smith — made the cut on the 11-player honor roll. Baylor also claimed the preseason player (Cox) and newcomer (Te’a Cooper) of the year awards.

In addition to Holmes and Sutton, Texas celebrated the naming of Celeste Taylor as the Big 12’s preseason freshman of the year. Charli Collier and Lashann Higgs, who missed much of last season with a knee injury, earned honorable mention accolades.

Texas will host an exhibition game against Lubbock Christian on Oct. 28. Eleven days later, the Longhorns’ newest campaign begins with a trip to South Florida. Texas went 23-10 during a 2018-19 season that ended in the first round of the NCAA tournament.