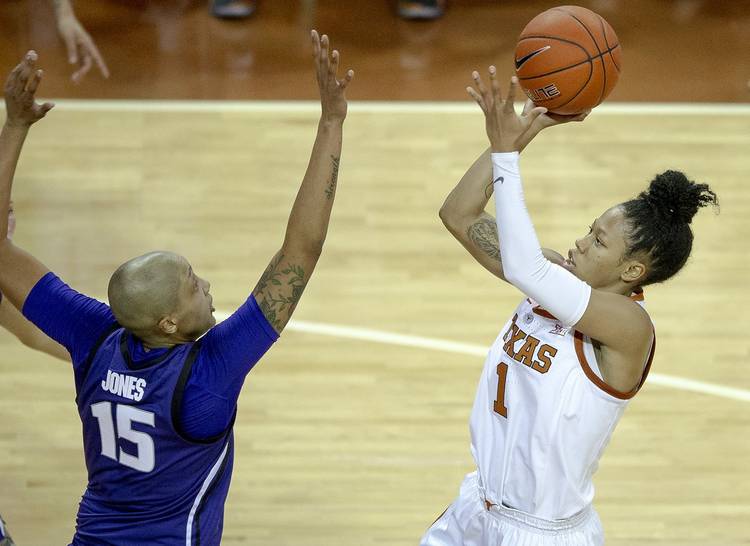 After leading big at the half, the Texas women’s basketball team held off North Texas to win 63-57 at the Rainbow Wahine Showdown in Honolulu on Saturday.

Charli Collier led the Longhorns with 21 points and 14 rebounds. Joyner Holmes also had a double-double which set a school record, scoring 10 points and pulling down 10 boards. Her seventh consecutive double-double surpassed Nneka Enemkpali’s six double-doubles in a row during the 2012-13 campaign. Celeste Taylor scored the second-most points for Texas, adding 12 which tied a career high.

The Mean Green tied the game with 4:52 left in the final period, but six consecutive points by Sug Sutton helped Texas preserve the win.

Neither team set fire to the nets, with Texas hitting on 35 percent of its shots while North Texas connected on 33 percent.

Randi Thompson led the Mean Green with 15 points while Destinee McDowell and Anisha George each scored 11.

The Longhorns led 17-13 after the first quarter and a strong second period made it 37-24 for Texas at halftime.

North Texas made its run in the second half, outscoring Texas 33-26 in the final two quarters.

It wasn’t enough as the Longhorns earned their fourth win of the season to go a game above .500. North Texas fell to 3-4.