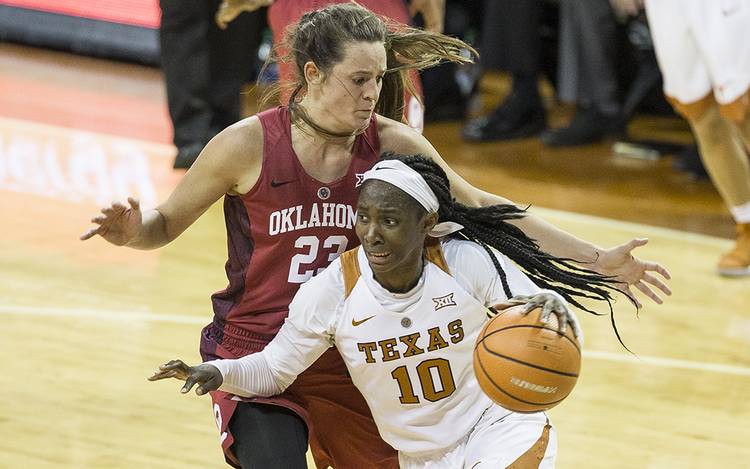 The Texas women’s basketball team dominated the Oklahoma Sooners on the way to a 70-53 win in Norman on Tuesday night.

Lashann Higgs led all scorers with a season-high 19 points and Joyner Holmes added a double-double, scoring 14 points to go with 10 rebounds to help Texas pick up its fifth win in a row.

The score was close after the first period, but Texas went into halftime with a 14-point lead.

The lead never dropped below double digits and got as high as 28 points when Joanne Allen-Taylor hit a 3-pointer to make it 70-42 with 3:06 left in regulation. Allen-Taylor scored five points in 15 minutes as every Longhorn logged time in the contest.

Celeste Taylor scored 13 points for Texas while Charli Collier added 10 points on 5 of 6 shooting to go with six rebounds.

Texas now has to turn its attention to the No. 2 Baylor Bears who they face on Friday at 6 p.m. The home game will be televised on FS1.