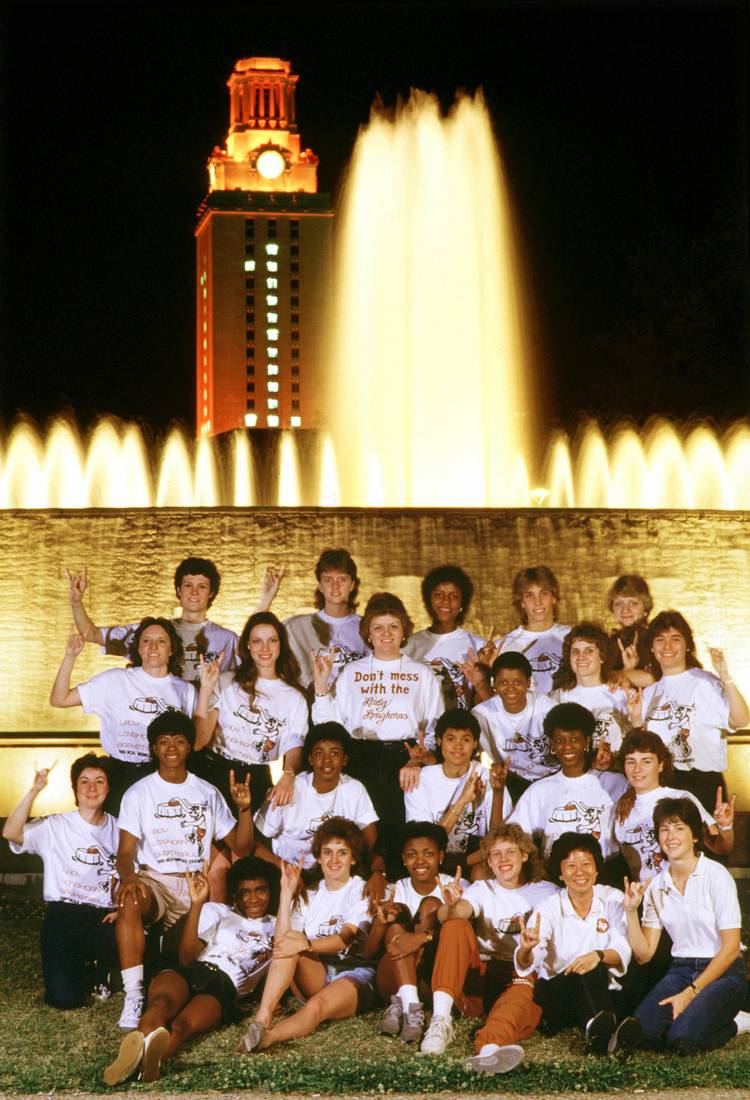 March 30, 1986 turned out to be a historic day for both Texas’ athletic department and the NCAA.

Thirty-four years ago, the Texas women recorded a 97-81 win over Southern California in the NCAA’s championship match. The victory gave Texas its first and only national title in either men’s or women’s basketball.

With the win, Texas put a bow on a 34-0 record. UT also became the NCAA’s first undefeated champion in women’s basketball. The NCAA did not sponsor a women’s tournament until the 1981-82 season, so the perfection obtained by Immaculata University in 1973, Delta State in 1975 and Louisiana Tech in 1981 was tied to the Association for Intercollegiate Athletics for Women. Since Texas, eight NCAA champions have been crowned without any blemishes.

On this day in 1986, the Longhorns capped a perfect season by winning the NCAA Championship. #AllForTexas | #HookEm pic.twitter.com/K5MOAZYz60

LEXINGTON, Ky. — The scissors turned out to be plenty sharp.

Sunday that Texas Lady Longhorns got to turn their scissors loose on the nets they have dreamed about for the last four years but never could quite grasp. They did so by cutting short Miller Time, handing two-time national champion Southern California a 97-81 loss in the NCAA women’s basketball championship game in front of a disappointingly small crowd of 5,662 at Rupp Arena.

The long wait is over. Each of the last three years, Texas entered the NCAA playoffs with a good chance to make the Final Four. All three years ended in the regional tournament on hostile courts. Texas never forgot.

‘Kamie (Ethridge) and I were talking and said nothing was going to stand between us and the championship,’ said Texas forward Fran Harris. ‘If we had to break every bone in our bodies, we were going to win it.’

The Lady Horns, who joined the 1966 Texas Western team as the only Lone Star State teams to win an NCAA Division I basketball title, became only the fourth women’s team ever to finish a season undefeated and the first to do so since Louisiana Tech also capped a 34-0 year in 1981. They did not so much because of the determined senior class, but because of a relaxed freshman named Clarissa Davis who now may replace USCs Cheryl Miller as the best women’s college player in the nation.

Davis, in her usual role off the bench, scored 24 points and had 14 rebounds and was named the Final Four’s Outstanding Player.

‘The world did not know Clarissa Davis until she got here,’ said Texas Coach Jody Conradt. ‘Not because she hadn’t played well, but because they hadn’t noticed.’

They have now. Davis, who was part of Texas’ tag-team defense on Miller and drew her into committing her fourth foul, outscored the USC four-time All-American by eight points and outrebounded her by eight. Miller hit only two of 11 field goals and scored most of her 16 points from the line, were she was 12 of 13.”

During the 2019-20 school year, Texas honored two members of its title team. In September, Ethridge became the first woman to have her jersey retired by Texas. Davis received the same treatment earlier this month.