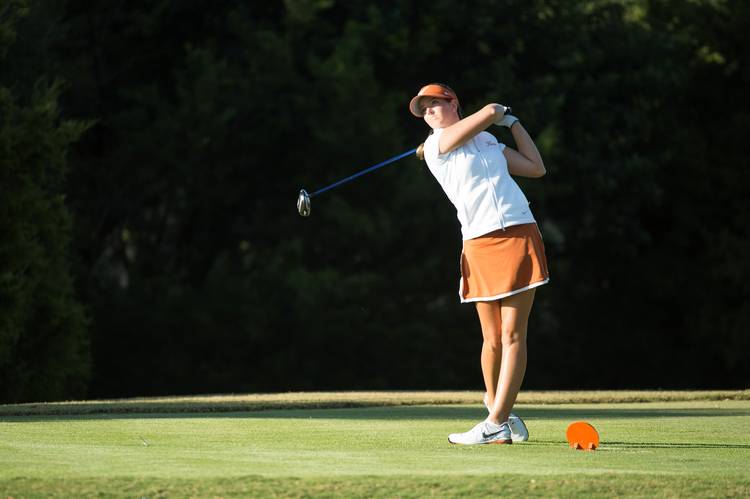 Senior Haley Mills finished 6-over par in the first round Sunday at the Allstate Sugar Bowl Intercollegiate CREDIT: Photo courtesy of Texas athletics

The Texas women’s golf team fell short of qualifying for the fourth round of the NCAA Championships after shooting 18 over par in the third round on Sunday at the Eugene Country Club in Eugene, Ore.

The top 15 teams in the 24-team field advanced to Monday’s final round of stroke play. The top eighth teams will move on to the match play finals.

Florida State was the last team to qualify for Monday’s round, the Seminoles shot 10 over par and are in 15th place at 19 over. Texas placed 23rd at 33 over.

The Longhorns’ 306 was their worst round of the tournament. Texas shot a 290 on Saturday which put the Horns at 15 over.

“Today was tough, obviously. I am really proud of my team.” said Texas coach Ryan Murphy. “But this team worked, fought, and just continued to get a little better each week all the way through our season. We wanted more here in Eugene, obviously, but to have arrived here is an accomplishment in itself.”

Sophia Schubert had the low-round for the Longhorns, a 1 over 73, and tied for 27th place at 2 over. UT’s Haley Mills birdied the seventeenth hole but double-bogeyed the par-4 eighteenth and finished with a 75. Longhorn Julia Beck shot 6 over par on the front nine then shot even par on the back nine and carded a 78. Texas’ Maddie Luitwieler shot 8 over and Natalie Karcher shot 9 over on Sunday.