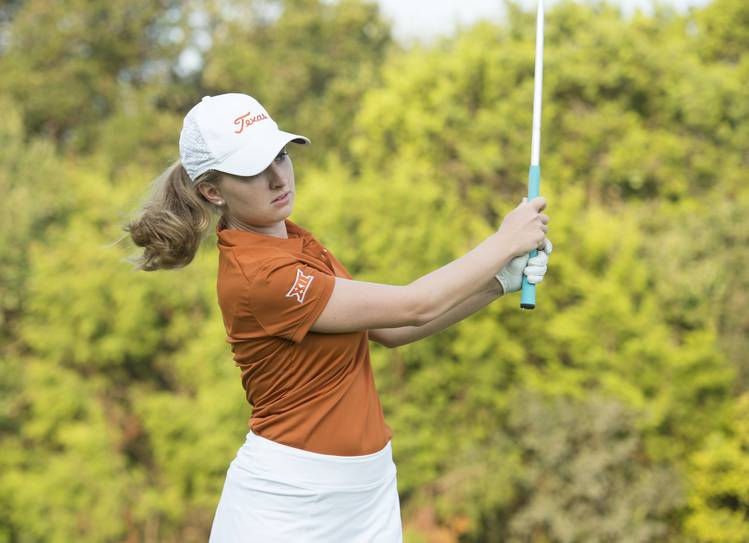 Texas freshman golfer Kaitlyn Papp earned her second victory in three events as she and the Longhorns won the Dr. Donnis Thompson Invitational in Kaneohe, Oahu, Hawaii on Wednesday.

The No. 6 Longhorns took the team title, their second this season, after shooting 294 in the final round for an overall 883, 19 over par. They were better than second place Oklahoma State by 24 strokes.

Papp shot a tournament-best 68 on Wednesday to take her second win. She finished at 213, 3 under par for the tournament.

“Pappy is playing at a very high level right now,” UT head coach Ryan Murphy said. “To start the final round with the lead and go out and expand on that lead is a rare trait. This young woman is as strong mentally as anyone you’ll ever come across. I’m just really thrilled for her and obviously very proud.”

Papp joins Sophia Schubert as the only current team member to have two career individual victories.

Not too far behind Papp was teammate Emilee Hoffman. She finished tied for second at 221, 5 over par.

Maddie Luitweiler competed as an individual and finished one stroke behind Schubert in a tie for sixth.

Greta Isabella Voelker shot 78 as did Agathe Laisne. Voelker finished at 229, 13 over par for a tie for 14th while Laisne tied for 28th at 17 over par.

Texas men’s tennis team falls to USC on the road