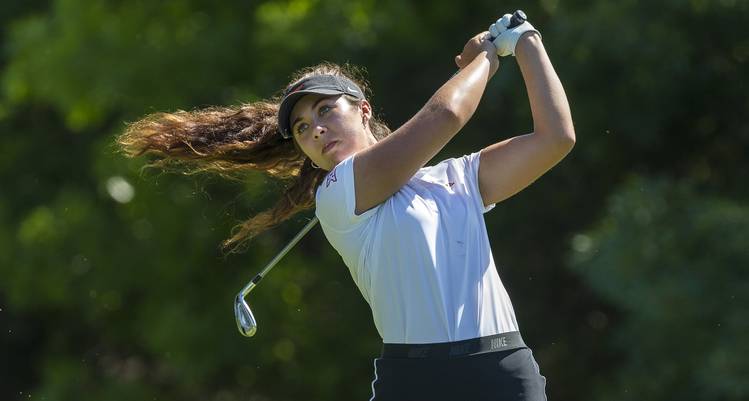 Kaitlyn Papp and Sophia Schubert are set to compete for the United States at the Arnold Palmer Cup beginning Friday at the Evian Resort Golf Club in France.

The competition, which began in 1997, pits collegiate golfers from the U.S. against those from around the world in a Ryder Cup-style tournament.

Schubert helped the U.S. win the Curtis Cup earlier this summer and was a first team All-American.

The Women’s Golf Coaches Association named Papp a second team All-American while Golfweek had her on its third team.

Another UT golfer, Agathe Laisne, earned an honor as WGCA All-American Scholar, it was announced Wednesday. The honor comes as a result of maintaining a minimum cumulative grade point average of 3.50.