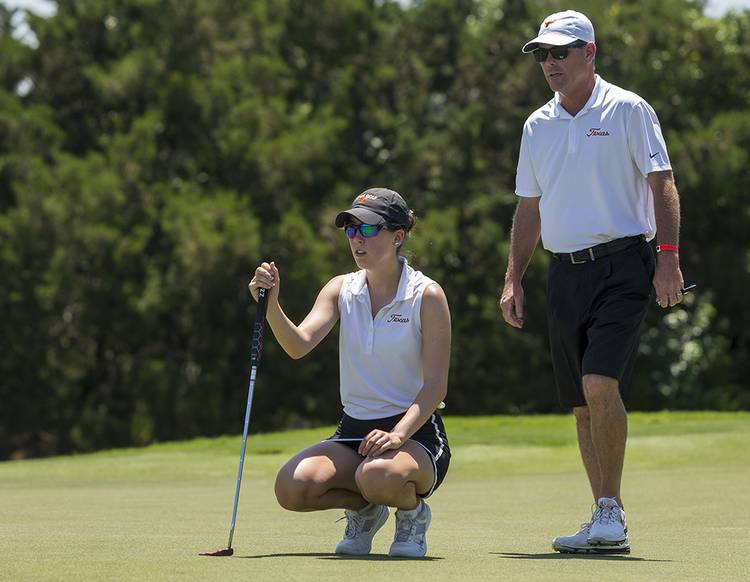 Texas golfer Emilee Hoffman studies her putt on the 14th hole with head coach Ryan Murphy at the University of Texas Golf Club on May 7, 2018. Hoffman has announced that she will turn pro. (Stephen Spillman / for American-Statesman)

Texas junior golfer Emilee Hoffman fell to Kaylee Benton in the round of 16 match play at the U.S. Women’s Amateur Championship in Kingston Springs, Tenn. Thursday.

Benton defeated Hoffman 3 and 2 to end the Longhorn’s run at the tournament.

Hoffman opened match play with a win over Libby Winans of Oklahoma in the round of 64 Wednesday. She bested her OU opponent on the 19th hole.

The junior topped Isabella Fierro in the round of 32 early Thursday, 1 up, before falling to Benton.

Hoffman won the Women’s Western Amateur Championship earlier this summer. She also finished in the top-10 of the Canadian Women’s Amateur last month.