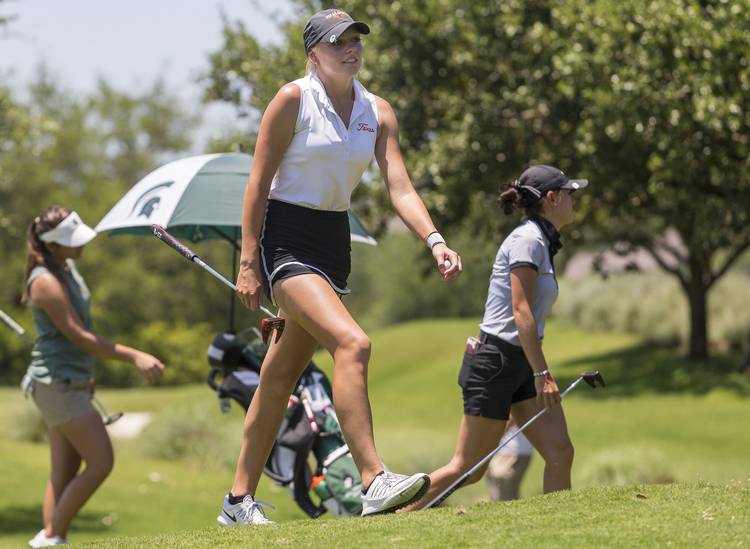 The Longhorns women’s golf team sits in a tie for third place after two rounds of the Battle at the Beach in Cabo San Luca, Mexico.

Hailee Cooper leads Texas at 142, even. She shot 72 on Saturday and is four shots behind first place Kaleigh Telfer of Auburn.

Greta Isabella Voelker had the best round of the day for Texas, shooting 71 to sit tied for 32nd.  Teammate Agathe Laisne matched her first round score of 74 to hold at 6 over par, also tied for 32nd.