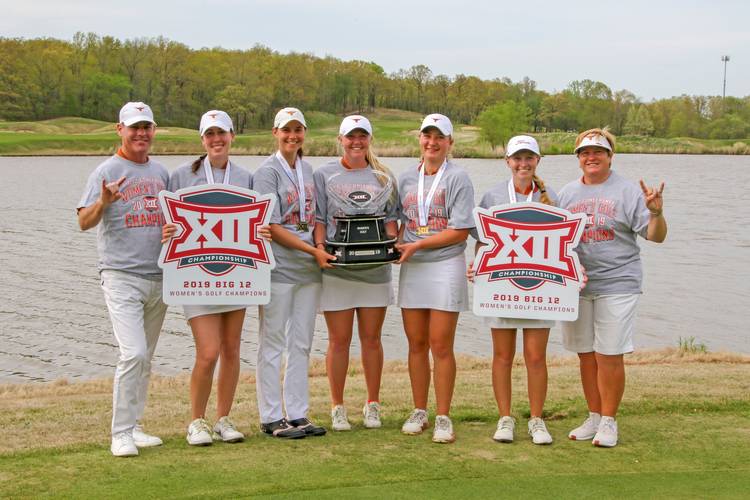 The Texas women’s golf team had four players finish in the top 5 — including Agathe Laisne, who won the individual title — to seal its third-straight Big 12 Championship at the Golf Club of Oklahoma in Broken Arrow, Okla., on Tuesday.

The Longhorns shot 877, 13 over par to win the tournament by 37 strokes. That’s the biggest margin of victory in the history of the Big 12 Championship. Baylor took second place while Oklahoma finished third.

Laisne shot 75, following up a 69 and 74, to win by three strokes and become the third individual Big 12 champion for the Longhorns.

Emilee Hoffman finished fourth, shooting 73 in the final round to follow up two rounds of 75.

Hailee Cooper rounded out the Longhorns’ golfers as she finished tied for 16th.

The championship makes the Longhorns just the second team to win the tournament three times in a row.