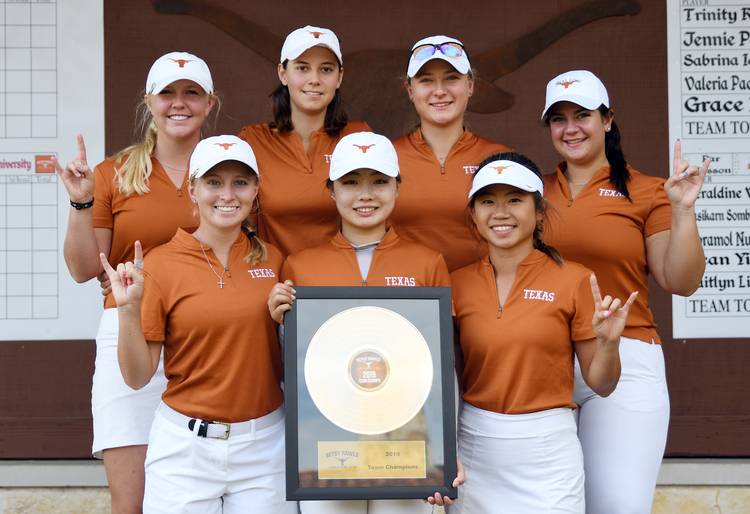 The second-ranked Texas women’s golf team turned in the best 18-hole round in program history Sunday at UT Golf Club to win the Betsy Rawls Invitational for the third year in a row.

Texas was tied for third, eight strokes off the pace, going into the round but shot a 273 to top fifth-ranked Kent State by two strokes. That 15-under score was the best round relative to par in the team’s history.

The Longhorns’ three-round total was 845, 19 under par. Oklahoma State finished third at 851.

Freshman Sophie Guo shot a bogey-free 8-under 64 Sunday, tying UT’s 18-hole record and setting a school record relative to par. The round also was a competitive course record. Guo’s 9-under 207 put her fourth overall, six strokes behind medalist Isabella Fierro of Oklahoma State.

Next up for the Longhorns is the three-day White Sands Invitational at Nassau, Bahamas, starting Oct. 28.

With Big 12 play heating up, Texas and TCU to tangle on a Fort Worth afternoon