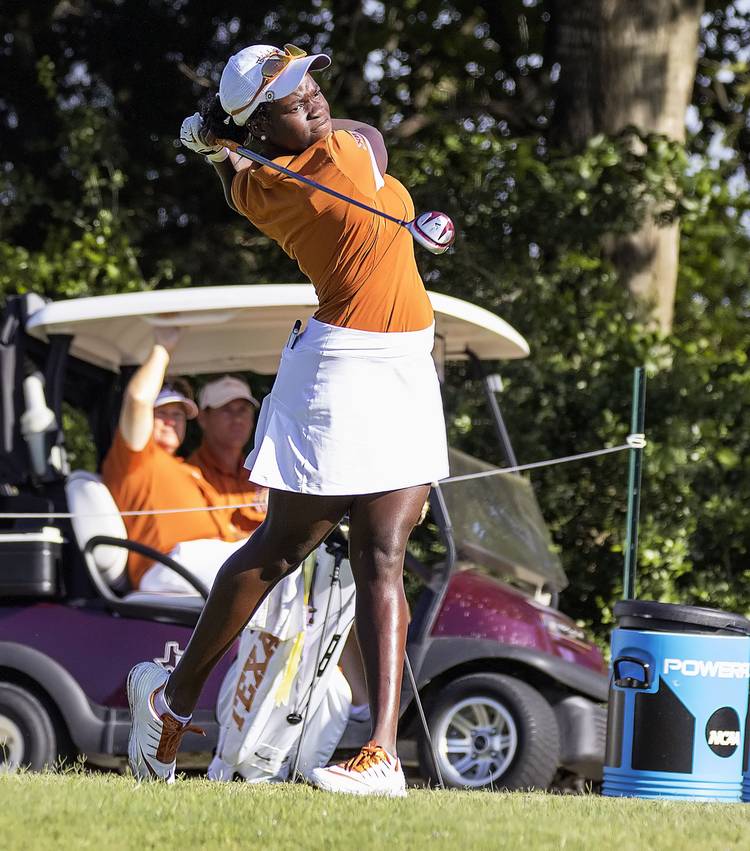 Texas golfer Tezira Abe tees off at the Traditions Golf Course in Bryan on May 7, 2016. (JOHN GUTIERREZ/for American-Statesman)

Throughout Black History Month, the American-Statesman will take a daily look at the black athletes who have had a lasting impact in Texas’ athletic department. Today, we are writing about golfer Tezira Abe.

Less than a decade ago, Abe became the first black female to golf at Texas. An Angleton product, Abe joined the Longhorns in 2012. She golfed for four years at the school.

In 2012, Tezira Abe became the first African-American student-athlete on the women’s golf team.

Tezira was a four-time Academic All-Big 12 selection and was named on the Big 12 Commissioner’s Honor Roll each semester on the Forty Acres.#BlackHistoryMonth | #HookEm pic.twitter.com/qXk9XmIdbR

As a junior, Abe was responsible for UT’s best finish at the Big 12’s tournament. That spring, she placed 10th with a three-day score of 220. Her Longhorns finished 23rd at the NCAA Championships a year later.

While at Texas, Abe was a four-time all-academic selection in the Big 12. She is currently studying law at the University of Michigan.