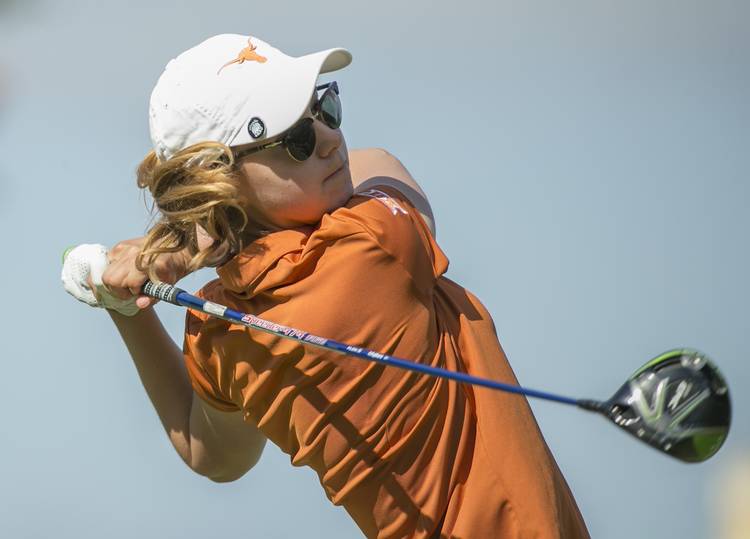 Agathe Laisne of UT tees off on hole #1 at the NCAA Golf Austin Regional at the University of Texas Golf Club on Wednesday May 9, 2018. [JAY JANNER / AMERICAN-STATESMAN]

The Texas women’s golf team shot 299 in the second round of the Darius Rucker Intercollegiate on Saturday to sit in a tie for fifth place in Hilton Head, S.C.

Agathe Laisne leads Texas with a 2-over-par, 144 total after shooting 70 and 74. She’s tied for seventh.

Hailee Cooper and Kaitlyn Papp each have totals of 148 for a tie for 22nd. They matched each other in the first and second rounds with 73 and 75.

Sophie Guo had a slightly better second round, shooting 76 to follow a first-round 80. She’s tied for 62nd at 14 over par.

21 up and 21 down: Texas senior Miranda Elish registers a perfect game against New Mexico