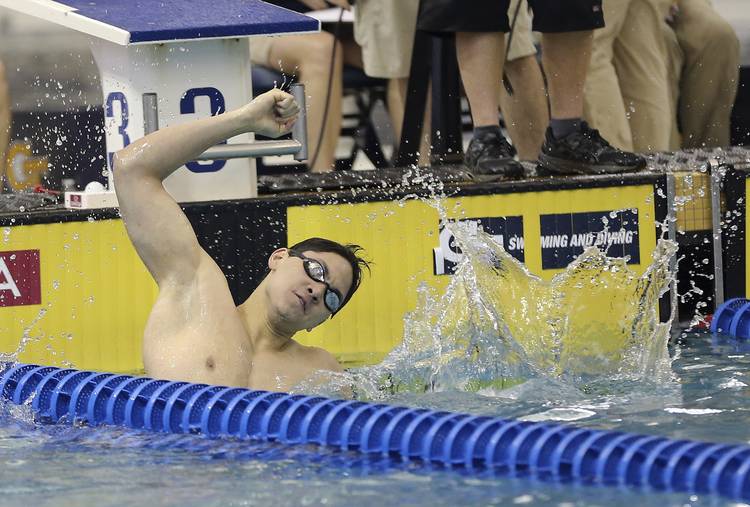 Texas swimmers and divers continued to dominate the Big 12 Championship as more records fell on the penultimate day of the event at Jamail Texas Swimming Center.

Cox was already the owner of the 200 IM record, which she set earlier this season, and broke Kathleen Hersey’s previous mark of 4:01.91.  Hersey set that record in the 2009 NCAA Championships. Cox’s 400 IM time is third best this season.

Jonathan Roberts recorded a personal best time of 3:40.26 in the 400 IM, capturing his second straight Big 12 title. Will Licon took second place in the event.

Tasija Karosas won the 100 backstroke in 50.96, setting a Big 12 Championship record. Claire Adams took second in the event. John Shebat won the men’s title in the event, finishing in 45.72.

Rebecca Millard, Adams, Rule and Anelise Diener recorded the third-fastest 200 freestyle relay in school history with a time of 1:28.04. Tate Jackson, Shebat, Ringgold and Haas finished the men’s 200 relay in 1:17.10 to take the title.

The Texas women have 694 points and lead the Big 12 Championship with Kansas in second at 437.5 points. The men lead with 748 points, trailed by West Virginia’s 566.