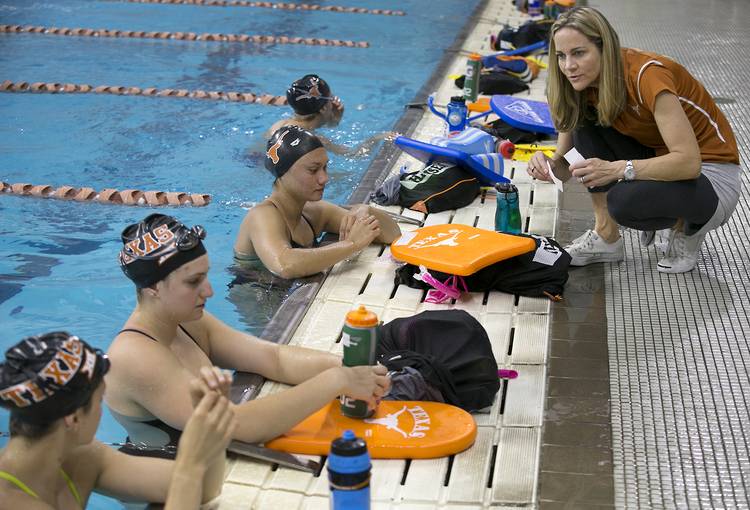 Texas women's swimming and diving coach Carol Capitani talks to her swimmers at a practice in Austin on June 21, 2016. RALPH BARRERA/AMERICAN-STATESMAN

On Wednesday, Texas confirmed that associate head coach Roric Fink is no longer with its women’s swimming and diving program.

The news of Fink’s departure was first reported by swimswam.com. Texas did not offer an explanation for the coaching change or add any further comment.

This was Fink’s eighth year at Texas. He was promoted to his role as an associate head coach ahead of the 2017-18 season. He had previously served as an assistant coach at both Arizona and Missouri.

Fink’s bio has been removed from Texas’ website. The university also posted his job on Tuesday. Carol Capitani, who has led the Longhorns for eight seasons, and diving coach Matt Scoggin remain on UT’s staff.

Texas won its eighth consecutive conference championship this season. Due to the coronavirus pandemic, the 2019-20 campaign was cancelled ahead of the NCAA’s championship meet. The College Swimming and Diving Coaches Association of America still awarded 11 Longhorns with All-American honors.