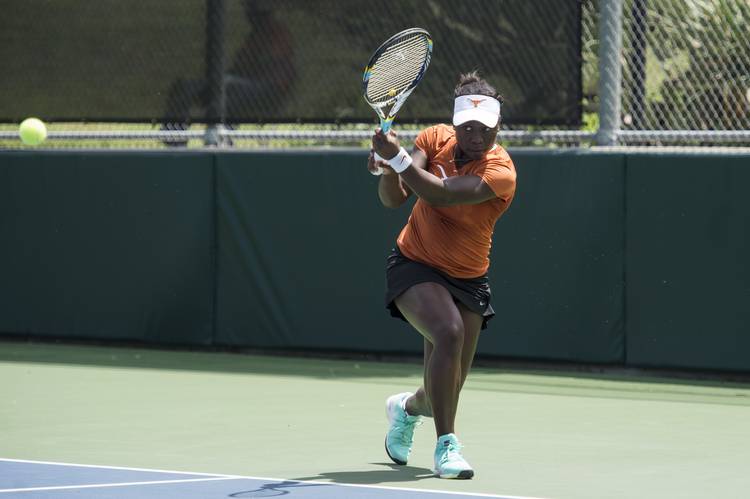 Texas defeated William & Mary 4-2 in the opening round of the NCAA Championships in Durham, N.C. on Friday. The Longhorns took two doubles matches for the doubles point and won three singles contests to take the victory.

Texas will take on the No. 9 Duke Blue Devils in the second round at 11 a.m. Saturday. The last time the teams faced each other, Duke took a 4-3 victory.

After losing the first doubles match, Texas won the next two to earn the point. Katie Poluta and Daniella Roldan defeated Julia Casselbury and Olivia Thaler 6-2 before Breaunna Addison and Dani Wagland won 6-3 over Marie Faure and Lauren Goodman.

Longhorns in the NBA playoffs: Through May 13