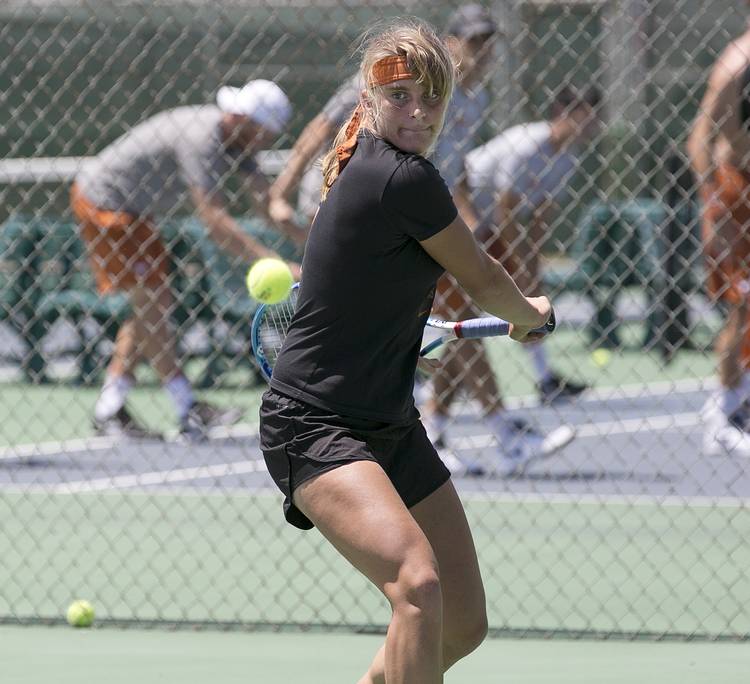 Bianca Turati, a sophomore at Texas, jumped in the ITA women’s singles rankings as she moved from No. 10 to the top spot on the list. Her current seven-match winning streak and 5-0 dual-match record helped make her the first top-ranked UT tennis player in 23 years.

Turati is 17-1 through the fall and winter competition and hasn’t lost a set since Nov. 4 when she fell to No. 9 Samantha Harris of Duke.

Ten of Turati’s wins are over top-100 opponents. Two of those are against competition in the top 15.

Turati topped Ena Shibahara of UCLA, who was ranked No. 1, in straight sets in Nov. Her other victory over a top-15 opponent came against No. 13 Gabriela Talaba of Texas Tech.

Turati’s individual success has helped the Longhorns qualify for the ITA National Team Indoor Championships. The competition starts Friday with Texas facing Georgia at 9 a.m. It’s the first time in four years that the Longhorns qualified for the event.

The sophomore’s teammate and twin sister, Anna Turati, ranked 41st in the list while Petra Granic checked in at 64.