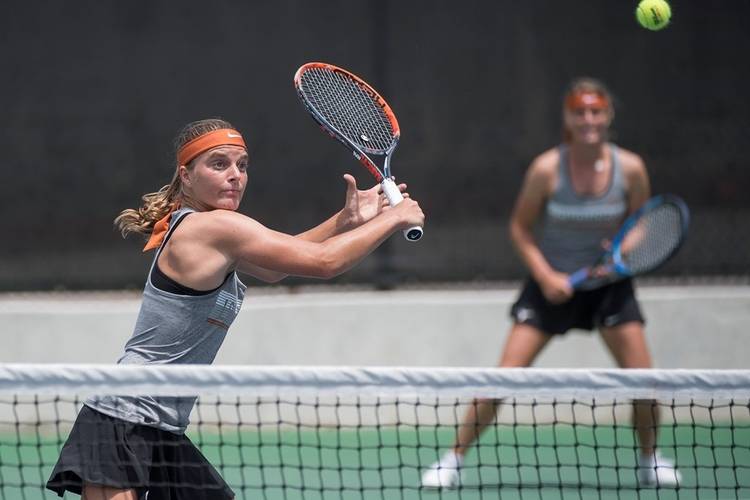 The Longhorns had another successful day at the ITF Norman 15k pro circuit event Saturday, winning the doubles title.

Anna Turati and Fernanda Labraña defeated Kelly Williford and Amy Zhu 6-1, 7-5 to claim their second doubles title apiece. Each earned a title with a different partner during the summer.

After an easy first set, the teams were tied at 5-5 in the second set. The Longhorns broke the serve after holding to close out the match.

Turati also advanced to the final in singles competition with a 6-2, 7-5 win over Savannah Broadus. Turati will face Dalayna Hewitt for the championship Sunday. The Texas senior already has three career ITF pro circuit singles titles.

In Waco on Saturday, four Longhorns competed at the H-E-B Invitational.

Lexi Ryngler and Tijana Spasojevic beat a pair from Arkansas 7-6 (7-5) in the Green & Gold  quarterfinals. The Texas duo fell later, however, to a pair from Houston.

Ryngler had to retire in the Gold Draw singles quarterfinals.