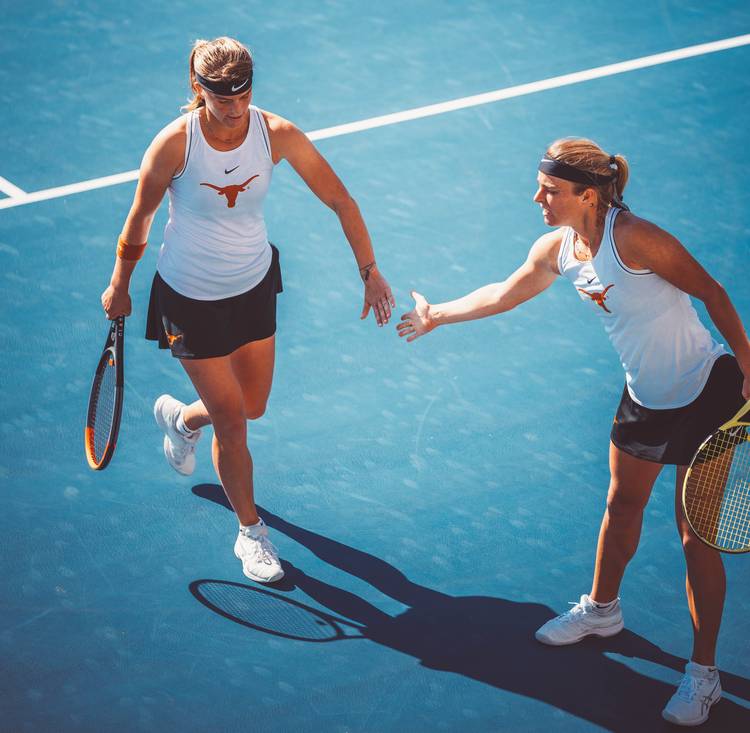 In a clash of top-10 teams, the No. 7 Texas women’s tennis squad defeated No. 8 North Carolina State 4-3 on Friday in Atlanta.

The win moves Texas to 3-0 while N.C. State suffered its first loss to become 8-1.

Despite falling in doubles action, the Longhorns took four singles contests to earn the dual-match win.

After Texas fell in the first doubles match, Adri Nagy and Tijana Spasojevic won 6-4 to keep Texas alive. Anna Turati and Bianca Turati then fell to Anna Rogers and Alana Smith 6-3, securing the point for the Wolfpack.

Bianca Turati got the Longhorns on the scoreboard with a 6-3, 6-1 victory over No. 31 Alana Smith at first singles.

Texas will remain in Atlanta to take on host No. 22 Georgia Tech at noon Saturday.