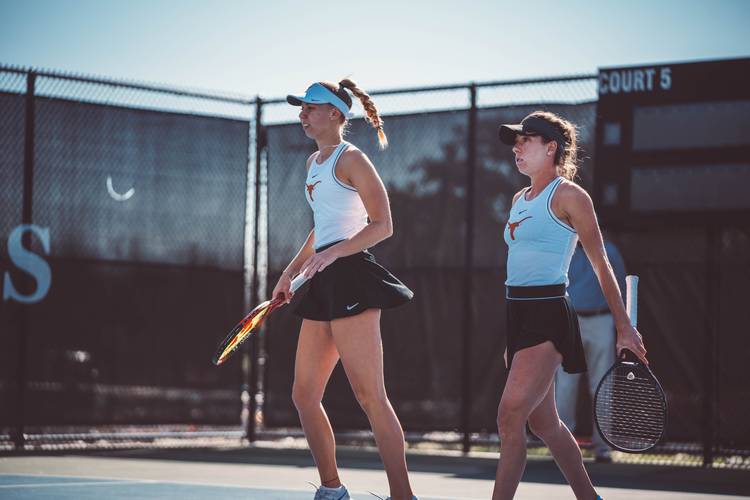 The No. 7 Texas women’s tennis team won 5-2 over No. 22 Georgia Tech on Saturday in Atlanta.

Anna Turati clinched the Texas victory with a 6-3, 7-6 (7) win over Victoria Flores.

The Longhorns took the lead with a doubles triumph and followed it up with four singles wins.

Fernanda Labraña and Marta Perez Mur clinched the doubles point for Texas with a 7-5 victory over Gia Cohen and Nami Otsuka.

Adri Nagy and Tijana Spasojevic teamed up for the other doubles win, a 6-3 victory over Sophia Sassoli and Monika Dedaj.

After her sister clinched the win, Bianca Turati took a 6-3, 4-6, 6-3 victory over Kenya Jones for Texas’ fifth win.