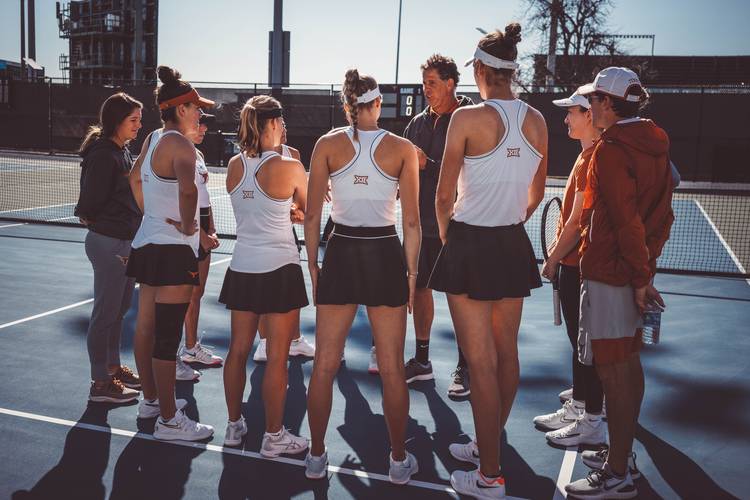 Emma Higuchi defeated Marta Perez Mur in straight sets to clinch a Stanford win over Texas on the way to a 4-3 final at the Texas Tennis Center on Saturday.

The No. 3 Longhorns dropped the doubles point and No. 12 Stanford won three of the next four singles matches.

Bianca Turati had the only victory for Texas before the Cardinal sealed the win.

Adri Nagy and Tijana Spasojevic had the only doubles win for Texas as Stanford took two matches to earn the point.

UT’s Anna Turati also won in straight sets as did Fernanda Labraña after the contest was decided.