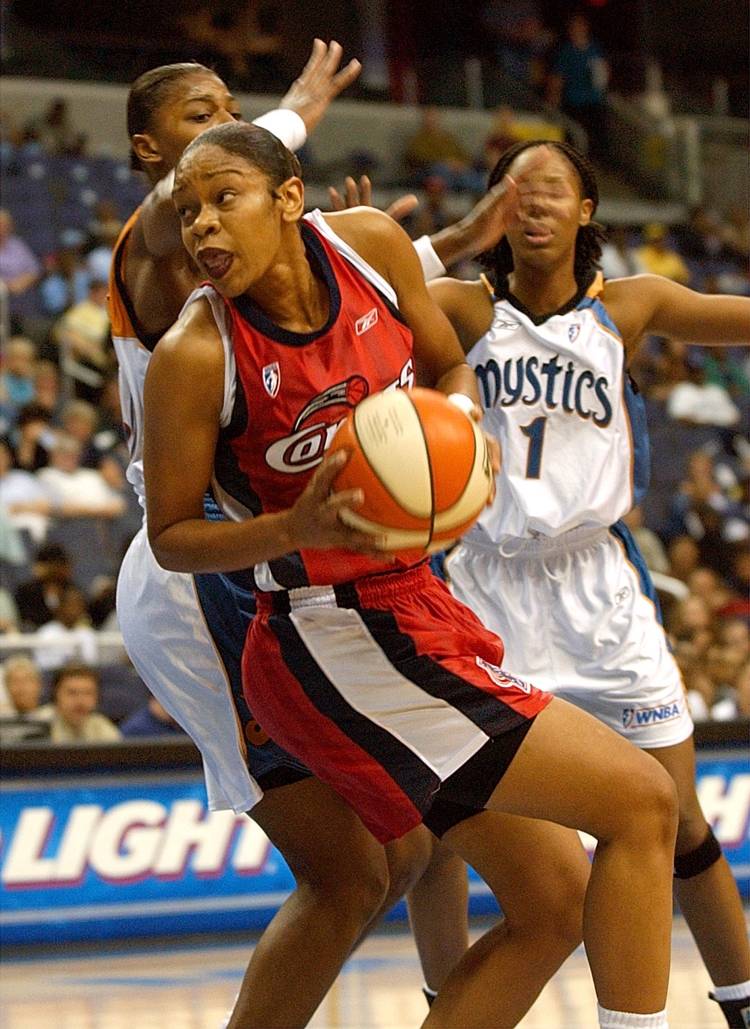 She opened her WNBA career by helping the Houston Comets win four straight titles and finished as the league’s all-time scoring champion.

On Tuesday, University of Texas assistant basketball coach Tina Thompson was named to the WNBA’s Top 20@20, which recognizes the 20 greatest and most influential players in its 20-year history.

Thompson, preparing for her second season as a Texas assistant, played in 494 WNBA games, averaging 15.1 points per game over 17 seasons.

Thompson played 12 seasons in Houston before returning to her hometown team, the Los Angeles Sparks in 2009. She became the WNBA’s all-time leading scorer on August 8, 2010, scoring her 6,264th point to pass former teammate Lisa Leslie. She concluded her professional career in 2013 with the Seattle Storm.

Joining Thompson on this elite team are a pair of Houston teammates — Sheryl Swoopes and Cynthia Cooper-Dyke — who led the Comets to the first four WNBA championships (1997-2000).

Another notable selection is Becky Hammon, who played for New York from 1999-2006 and San Antonio from 2007 and 2014. Hammon became a trailblazer when she joined the San Antonio Spurs coaching staff in 2014, the first woman to become a full-time assistant with an NBA team.

Voting was conducted by a 15-member committee that included basketball pioneers Carol Blazejowski and Ann Myers Drysdale, coaches Van Chancellor and Michael Cooper, and assorted members of the media.

UT’s Imani Boyette nominated for NCAA Woman of the Year