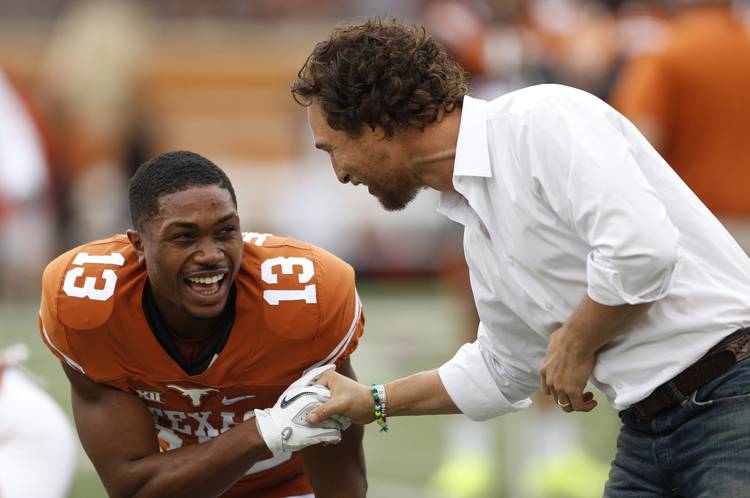 Matthew McConaughey has become one of the most recognizable faces of the University of Texas.

He teaches a filmmaking class at UT. He gives inspirational speeches to the football team. He helps students get a safe ride home.

So it’s no surprise that some other famous UT folks were at the Austin premiere of McConaughey’s new film “Gold” last night at the Alamo South Lamar. New football coach Tom Herman tweeted this picture from the pre-party at the Highball:

Now, if we can just get coach to teach them the proper way to hook ’em…

Blame it on the state fair: Kenny Vaccaro explains his failed PED test

Who would win the all-time matchup? Texas men versus West Virginia