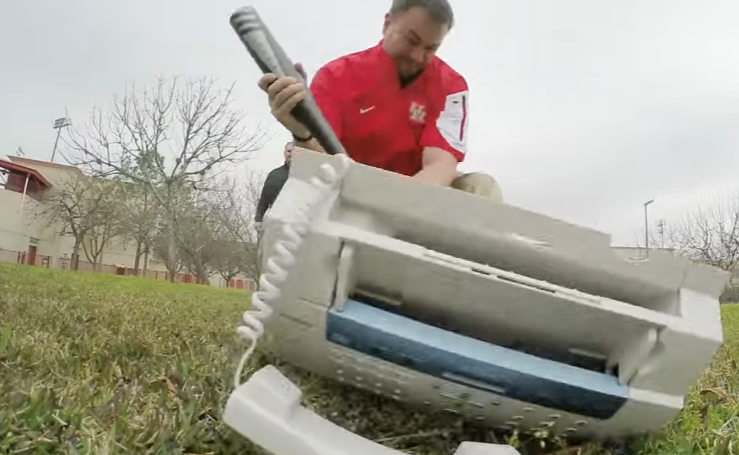 It seems no matter the team you’re coaching, the end of National Signing Day comes as a relief. Will Texas coach Tom Herman celebrate the end of this “already successful” day of signage the same way he did last year?

As the head coach for the University of Houston, Herman and a couple of fellow staff members, held batting practice in an open field with a fax machine at the end of last year’s signing day. The Youtube video (complete with Geto Boys “Still” background beat) is reminiscent of the infamous “Office Space” scene, where Ron Livingston puts a printer in its place. You can watch both below, and keep up-to-date with signing day developments at Hookem.com.