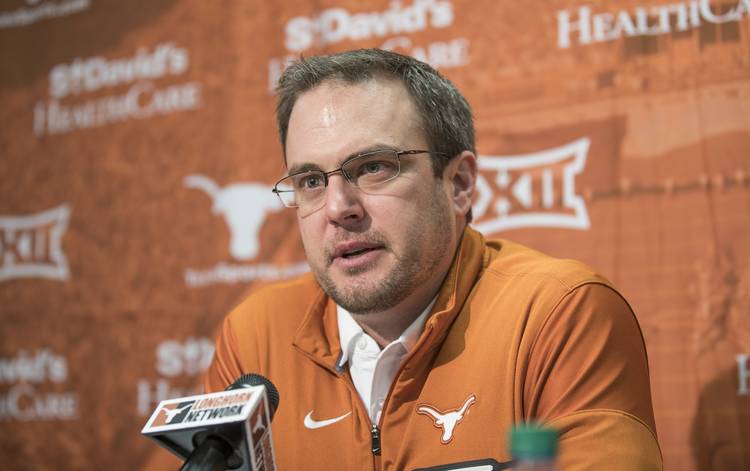 Tom Herman was doing some recruiting this weekend and thought it was time to bust out the grill. Meeting with Spring Westfield defensive back Braelon Bland of the Class of 2018, Herman pulled out the tool that took him viral during his team at Houston.

Bland’s teammate Keondre Coburn caught the moment and tweeted it, clearly Herman was trying to continue to tap into the flush talent well at Spring Westfield. While Bland  is currently unranked on many of the recruiting sites, Coburn is a four-star defensive tackle and the No. 11-rated player on the Statesman’s 2018 Fabulous 55. At 6-foot-1-inches and 329 pounds, Coburn is potential big piece to Texas’ recruiting class next season.

So why not bring out the grill?

While coaching Houston, Herman promised his team in 2015 that he would get a diamond grill if they won the American Athletic Conference. They did, and Herman followed through on his promise.