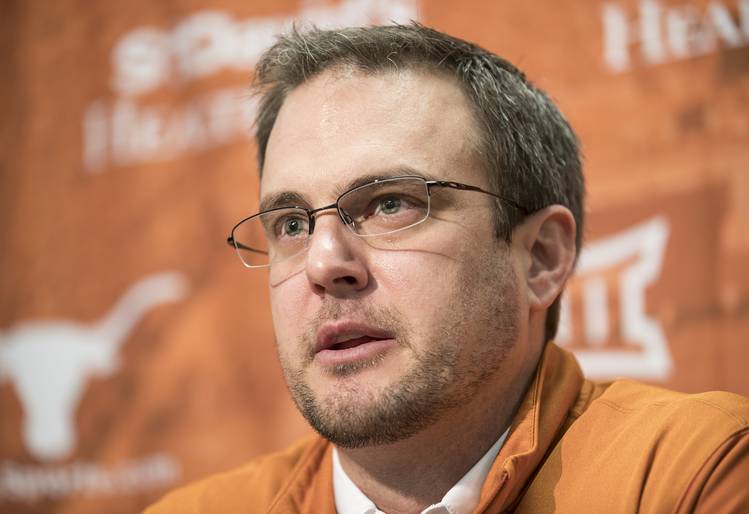 Before all of his dreams came true, Texas football coach Tom Herman caught a lucky break and landed a job as a graduate assistant at the University of Texas. Unfortunately, his girlfriend (now wife) Michelle was not included in the move from Southern California, Sports Illustrated reports. So how did Herman keep the long distance love alive?

Michelle took to Twitter to share a few notes (all on Longhorn stationary, of course) Herman had written her during that time that she had found while cleaning out old boxes. She uses hashtags #younglove and #bigdreams.

The only upside to moving is when you clean out old boxes & find stuff like this @coachtomherman #younglove #bigdreams #HookEm 🤘🏼 pic.twitter.com/0njscLOGf5

The notes are all addressed to “Belle” and mention “stickers so you can decorate your binder and write ‘I love Texas’ on it,” a “My fiance is a G.A.” pin and lastly a “folder for our new apartment complex.”

Herman responded to his wife’s tweet saying, “Wow!! Lots of emotions swelling up. So good to be back where we always dreamed. She’s been by my A1 since day 1.”

Maybe some things really are meant to be…

How many former Longhorns are on MLB opening day rosters?