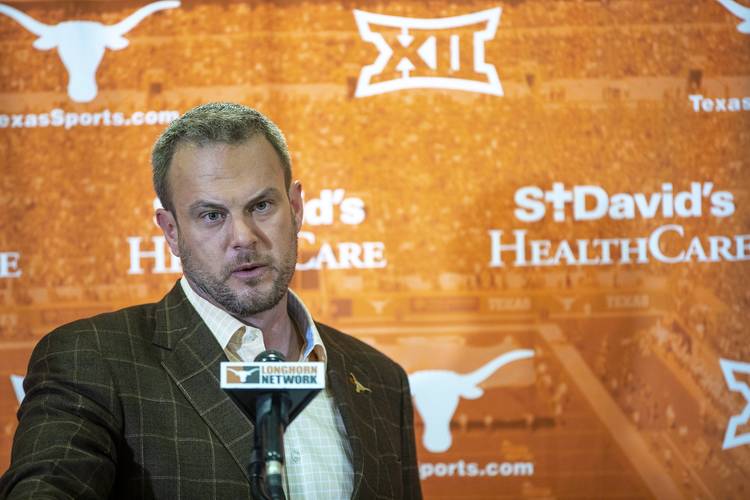 On Friday night, Texas football coach Tom Herman said he was “sickened by the senseless killing of George Floyd.”

Earlier this week, video emerged of a Minneapolis police officer using the force of his knee on Floyd’s neck during an arrest. Floyd, 46, repeatedly pleaded that he could not breath, but Derek Chauvin did not relent and Floyd later died. Chauvin has since been fired and charged with third-degree murder and second-degree manslaughter.

Chauvin is white. Floyd was black.

In the wake of Floyd’s death, protests have occurred across the country. Floyd and the Black Lives Matter movement have been dominating topics on social media.

Along with my family, players and staff, and so many across the country, I am sickened by the senseless killing of George Floyd. What we witnessed in that video was a reprehensible crime that cost George Floyd his life and dishonored the many good men and women in law enforcement who serve our communities dutifully and without prejudice.

This is a painful time for our country. We must find a way to come together and use our voices to take a stand against the horrific mistreatment of African Americans and all people of color.

As we prepare to return to our lives, please join us in embracing our players and staff with compassion and understanding and support them as they share their voices, their experiences and their pain.”

Read more: Police killings of unarmed blacks is a problem for all of America to solve

On Friday, there was a push online for college coaches to say something in support of their black student-athletes. The majority of Herman’s players at Texas are black.

I’m so troubled by the tragic loss of George Floyd and the outcry of pain our nation is feeling. I have dedicated and will continue to dedicate my life to creating environments where all are welcome and every voice is heard and cherished. pic.twitter.com/pd17BJc1du

In addition to Herman, UT assistants Herb Hand, Jay Valai and Coleman Hutzler have spoken out. On Friday, Texas athletic director Chris Del Conte added his own words to a topical video that was produced by Nike. Bryan Carrington, the football program’s director of recruiting, has also voiced his opinions on Twitter.

In the past, coaches in the Texas athletic department have mostly avoided talking about politics and social issues. Nearly four years ago, UT men’s basketball coach Shaka Smart was criticized by Longhorn fans after he said the election of Donald Trump felt like “a slap in the face.”