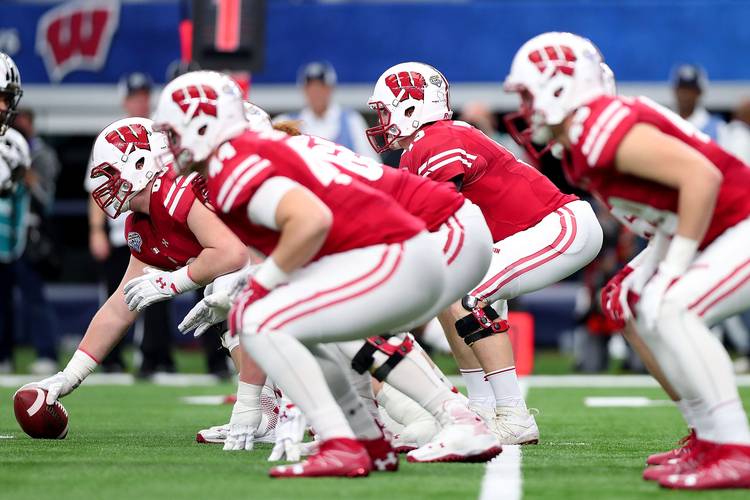 Bart Houston #13 of the Wisconsin Badgers prepares for the snap in the first quater during the 81st Goodyear Cotton Bowl Classic between Western Michigan and Wisconsin at AT&T Stadium on January 2, 2017 in Arlington, Texas. (Photo by Tom Pennington/Getty Images)

Best-case scenario: Lacking star power, Wisconsin continues to dominate on defense while taking advantage of the generosity shown by whoever left Ohio State and Penn State off the Badgers’ schedule.

The key game: Nov. 25, at Minnesota. Of the first nine games on the schedule, only three will be against teams that posted a winning record last year. Iowa (8-5), Michigan (10-3) and Minnesota (9-4), however, await before the Big Ten’s championship game. Wisconsin has beaten Minnesota 13 straight times, so now would be a bad time for that streak to end.

Spring cleaning: The selections of Watt and Ramczyk gave Wisconsin two first-round picks for the first time since 2011, when J.J. Watt was one of the drafted Badgers. … Lake Travis receiver Cade Green was a member of Wisconsin’s 2017 recruiting class. … Junior cornerback Nick Nelson is eligible to play after he sat out last year following two seasons and 21 pass breakups at Hawaii.

He’s back: Hornibrook threw for 1,262 yards and nine touchdowns last year while splitting snaps with Bart Houston. He also was intercepted seven times.

Defense Junior tight end Zander Neuville scored the only touchdown of Wisconsin’s spring game. The defense-highlighted scrimmage shouldn’t have been too much of a surprise, though. The Badgers ranked third against the run last year (98.8 YPG), and 30th against the pass (202.6 YPG).

No. 12: Coming Tuesday. Want a hint? One of this school’s traditions is the handing down of the No. 18 jersey that symbolizes on- and off-field success. This players tradition started in 2003.