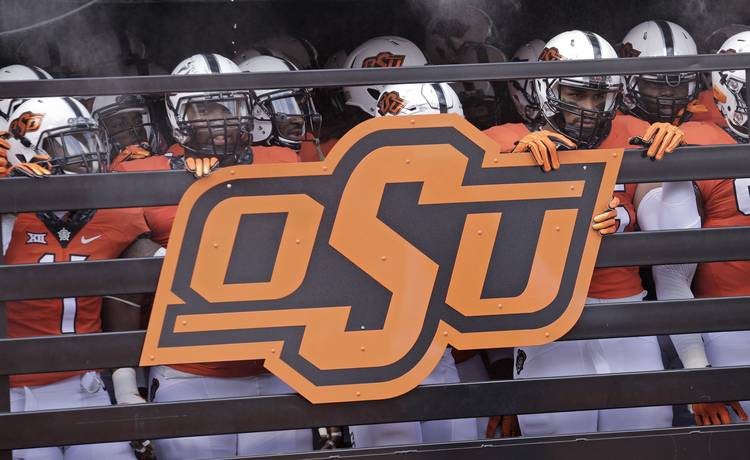 STILLWATER, OK - SEPTEMBER 3 : The Oklahoma State Cowboys prepare to take the field before the game against the Southeastern Louisiana Lions September 3, 2016 at Boone Pickens Stadium in Stillwater, Oklahoma. The Cowboys defeated the Lions 61-7. (Photo by Brett Deering/Getty Images)

Today’s team: No. 9 Oklahoma State (Related coverage: OSU’s offense all the rage, but defense matters too)

Best-case scenario: The Cowboys, buoyed by their dynamic offense, roll through the Big 12 schedule and secure a spot in the national semifinals.

Worst-case scenario: Oklahoma State’s defense becomes an albatross and the Cowboys stub their toes against top conference foes like Oklahoma.

The key game: Nov. 4, Oklahoma. Bedlam was pushed up a month to make way for the conference’s new title game. The Cowboys’ season-ender now is against Kansas.

Spring cleaning: Gundy signed a five-year contract extension this summer. He’ll earn $4.2 million. … Gundy hired his fourth offensive line coach in five seasons when he brought back a familiar name — Josh Henson, the former Cowboys standout who served on Les Miles’ staffs at Oklahoma State and LSU before heading to Missouri. Henson was an offensive analyst for Gundy last year. He took a job with Arizona State in January, only to return to Stillwater in February to replace Greg Adkins, who’s now with the Charlotte 49ers. … Quarterback Mason Rudolph and receiver James Washington thrilled fans when they decided against declaring for the 2017 draft.

Catch this: There’s a lot to love about the receivers. James Washington tops all returning receivers from Power 5 leagues in career receiving yards, yards per reception and touchdowns. Then there’s Jalen McCleskey, whose 73 catches led the Cowboys last fall. There are two other intriguing options who didn’t play for Oklahoma State a year ago. Tyron Johnson was a five-star prospect when he signed with LSU. And Marcell Ateman missed last season with an injury. The year before, he averaged more than 17 yards a catch.

Rudolph on the rise: Mason Rudolph had an incredibly clean passing season in 2016. He threw only four interceptions — or one for every 1,000 yards passing. With 8,714 career passing yards, he needs only 547 to break the school career record.

No. 8: Coming Saturday. Want a hint? This school’s mascot is called Dubs.

Texas’ nominees for Big 12 Athlete of the Year announced

Tristan Thompson and Khloe Kardashian are househunting in L.A.