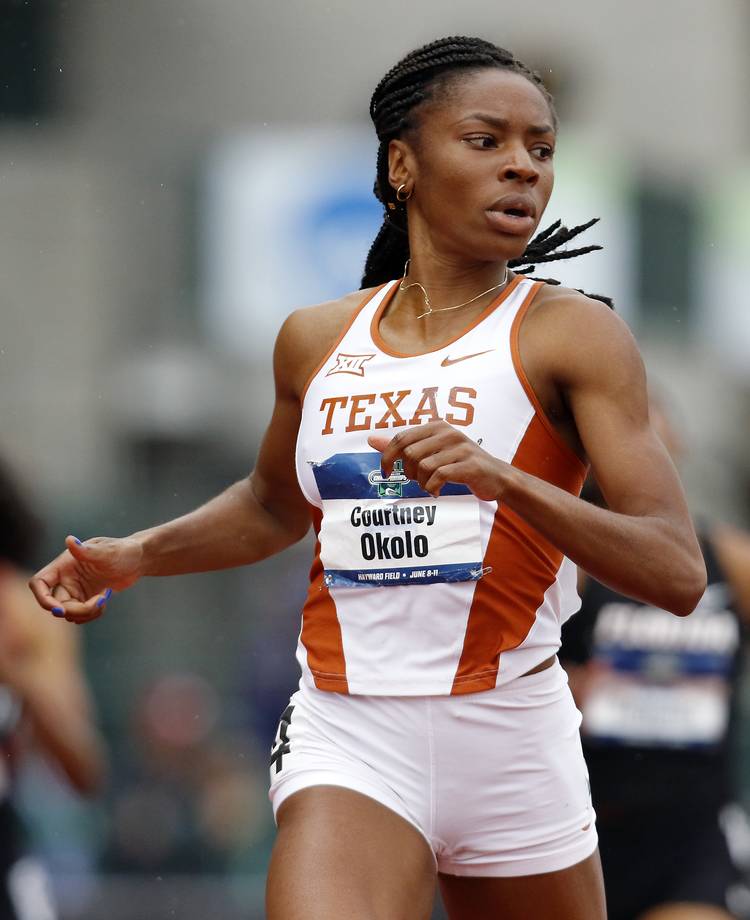 Courtney Okolo was named one of three finalists for the 2016 Bowerman Award, the United States Track & Field and Cross Country Coaches Association announced on Thursday.

Okolo broke her own collegiate record in the outdoor 400 meters event when she ran a 49.71 at the LSU Alumni Gold in April. That time is still the best for an American this year in the event.

Okolo was the NCAA champion in both the indoor and outdoor 400 meters this year. She also won an NCAA championship as the anchor leg of the women’s 1600-meter relay team. Her Big 12 title in the event marked her third straight.

Keturah Orji of Georgia and Raven Saunders of Mississippi are the other two finalists.

Created in 2009 and billed as “the Heisman Trophy of track and field,” the Bowerman Award will be presented to the winner at the USTFCCCA convention in December in Orlando, Fla.

The men’s finalists will be announced on Friday.