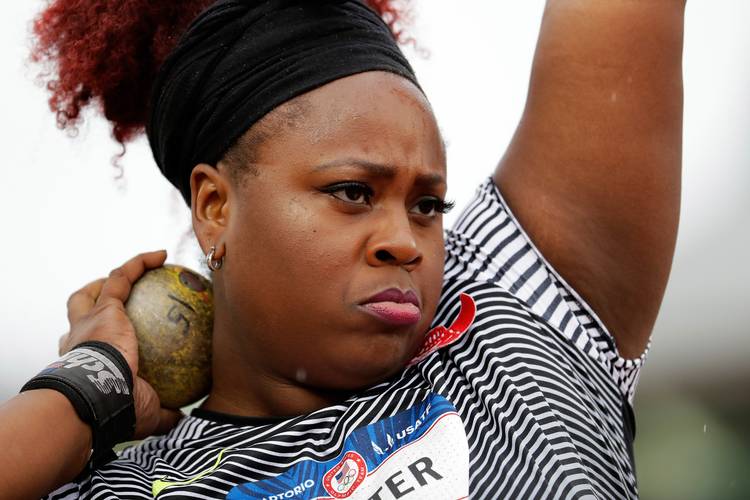 Former Longhorn Michelle Carter made a successful final throw in the women’s shot put to set a record for the U.S. Olympic Trials in Eugene, Ore. and became the third UT athlete to qualify for the Olympics in Rio de Janeiro on Thursday.

Carter qualified for her third Olympics with a throw of 64 feet-3 1/4 inches after already qualifying for the event.

“For me the goal is always to just make the team. I’m happy just making the team, but for me I really wanted to make the team and be on top,” Carter said.

She faced stiff competition at the trials as five women had throws of more than 60 feet for the first time in the event.

The win makes it a sweep in the shot put for Texas as Ryan Crouser won the men’s shot put event on the first day of the trials.

Leo Manzano and another former Longhorn, Kyle Merber both qualified for the semifinals in the men’s 1,500-meter run. Manzano finished second in his heat in 3:42.28 while Merber finished third in his heat at 3:50.07.

On the women’s side of the 1,500 meters, former Longhorn Sara Sutherland clocked a 4:19.77 to take the 17th best time to qualify for the semis.

Haley Crouser, who transferred to UT from Oregon, made a throw of 172-11 in the women’s javelin to qualify for the final in ninth place.

Morgan Goodwin-Snow made the semifinals of the 100-meter hurdles by posting a mark of 12.89 to finish fourth in her heat.

Aldrich Bailey Jr. finished second in his 200 meters heat, advancing to Fridays semifinals. He finished the wind-aided race in 20.53.

Ashley Spencer took the final spot in the semifinals of the women’s 400-meter hurdles with a time of 56.80. Texas sophomore Ariel Jones finished in 29th in the event.

Byron Robinson finished the men’s 400 in 49.62 to qualify in second place.

“We had some great stuff happen for us today in all our events,” UT head coach Mario Sategna said.