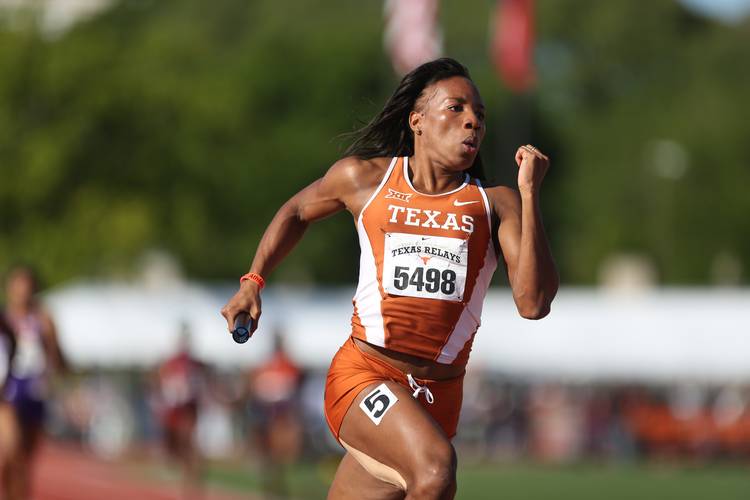 Olympian Chrisann Gordon took a win for the Longhorns at the first day of the Tyson Invitational in Fayetteville, Ark. on Friday.

Texas posted four times that are good enough to qualify for the NCAA Championships were the season to end today.

“It was great today with this being our final tune-up heading into the Big 12 Championships in two weeks,” said Texas head coach Mario Sategna. “For some it was solidifying performances going into that meet, for others it’s trying to improve marks to get on the national list.”

Gordon’s win in the 400 meter event was the only one for Texas on the day. She finished the race in 51.71 seconds, off her personal record by .02. It was the third best time in the NCAA this season.

“Not that we didn’t know that she’s capable of that, but the fact that she was able to have such a significant drop from last week I think that shows her veteran status,” Sategna said. Gordon shaved more than a second off her time from last week.

Byron Robinson competed in the men’s 400 invitational and finished the race in 43.34 for the sixth best time in the NCAA this season. He finished fourth while Aldrich Bailey Jr. took seventh place.

Rushelle Burton, Alexis Duncan and Ariel Jones all qualified for the women’s semifinals of the 60-meter hurdles. Burton qualified first with the fourth-best time in school history. She then advanced to the finals with the eighth best time and finished seventh in the final. Duncan and Jones finished in 11th and 31st in the semis.

Teahna Daniels finished the women’s 60 meters in 7.27 to take fourth place while Senoj-Jay Givans finished in 6.70 for fifth place in the men’s event.