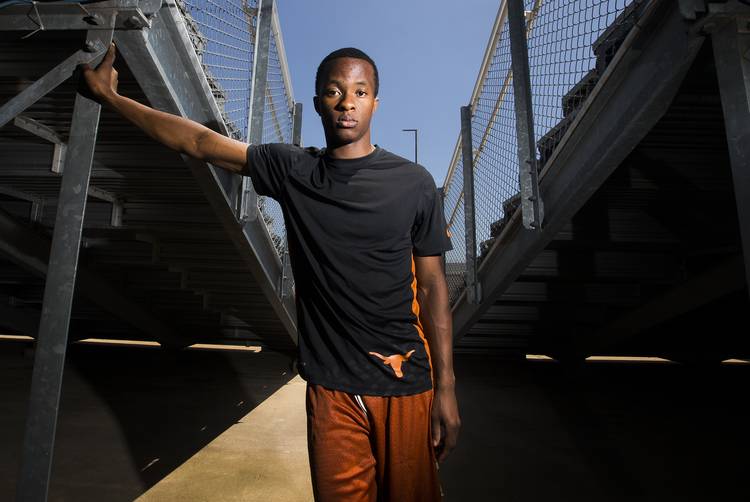 The Texas men’s track and field team took first place at the Big 12 Indoor Track and Field Championships while the women finished in second in Ames, Iowa on Saturday.

The women took three wins on the day to finish with 100 points, behind Baylor which had 129.50 points. It’s Baylor’s first Big 12 track and field title and halts the Longhorns’ three-year run as winners.

“It’s not like you go to a group of senior veterans on the four-by-four and tell them you only have to be fifth or higher,” head coach Mario Sategna said. “They’re going in with one thing in mind and that’s to win it, and they achieved that.”

Givans also won his third 60-meter title with a time of 6.59. He was .02 away from breaking his own school record. Givans finished the 200 in 20.88 for a personal best time and six points.

Rushelle Burton, Teahna Daniels and Chrisann Gordon highlighted the day for the Texas women. Burton won the 60-meter hurdles with a time of 8.09 while Ariel Jones took second place in 8.23. Daniels finished the 60-meter final in 7.30 for the victory. Gordon completed the 400 in 51.79 with Zola Golden taking second for Texas.

Spencer Dunkerley-Offor took second in the 60 hurdles with a time of 7.80.

Obrien Wasome posted a mark of 53 feet, 9 inches to take second place in the triple jump. It was a personal best for him.

Elena Bruckner finished in third in the women’s shot put. Her mark of 52-11 was the sixth-best in school history. Lauryn Caldwell earned four points for the women with a personal best mark of 48.8 1/4

Spencer McCloud contributed five team points as he took fourth place in the high jump. His clearance of 6-11 is a personal best.

Alex Rogers finished the mile in 4:15.30 for fourth place and five team points for the men.