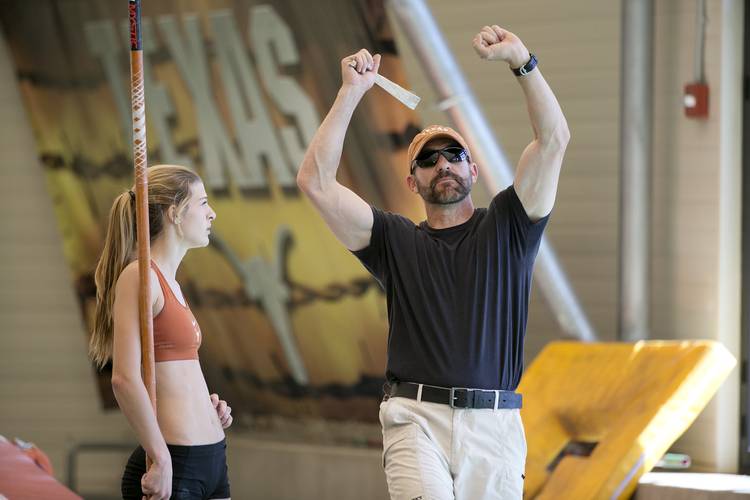 Texas swept the discus competition as the Longhorns closed out the first meet of the outdoor track and field season at the UTSA Invitational in San Antonio Saturday.

Elena Bruckner set a meet record as she took first place in the women’s discus event. Her throw of 173 feet, 4 inches was the fifth-best performance in UT history.

“I thought Elena competed hard and was able to execute on what we have been working on in training the last month,” said assistant coach Ty Sevin about the freshman.

Lauryn Caldwell posted a mark of 159-10 to take fourth place and earn four points for the Longhorns in the event.

On the men’s side, Brian Peterson took first place in the discus, recording a throw that went 171-1.

“I was most excited about Brian being able to reach a good mark on his last throw of the competition after struggling on his first five attempts,” Sevin said. “Anytime you step up to win a collegiate meet is something to be proud of.”

The men’s 400-meter relay took second place with a time of 41.74, earning eight points for the team.

The Texas men finished the meet with 46 points, good for fourth place while the women finished in fifth with 26 points.

UTSA topped the men’s field with 173 points and Purdue finished first in the women’s competition with 170.5 points.