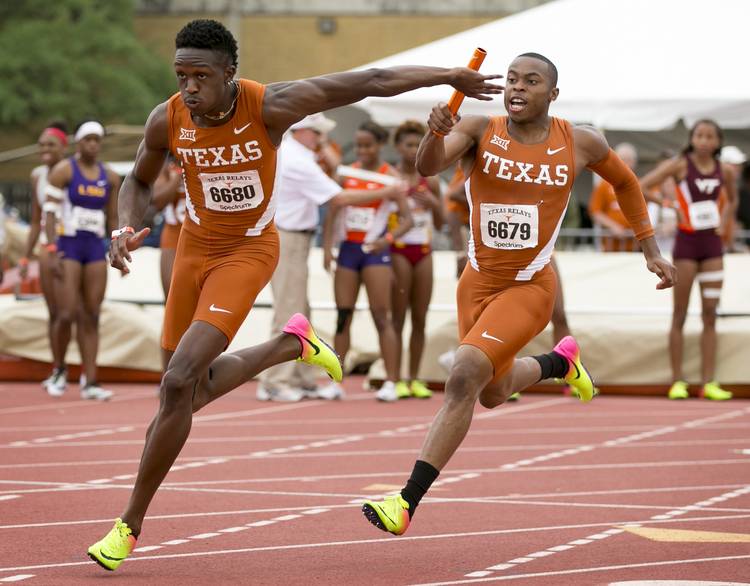 The Texas track and field team took several wins on its way to finishing at the top of the standings at the Longhorn Invitational at Myers Stadium on Saturday.

The men won with 177 points, over 78 points ahead of Michigan, while the women won with 141 points. The women’s team edged Minnesota by seven points.

“I’m extremely pleased,” head coach Mario Sategna said.  “It was better than expected. I knew we would see some good things, but I think yesterday and today we saw some things that bode well for use heading into the championship season.”

“Obviously, it was a little windy, but I think what speaks volumes is the caliber of the athlete that was in the field that he did beat,” assistant coach Zach Glavash said. “Everybody was either professional Nike or Adidas, and he lined up against them and he went to war against them.”

Brian Peters threw the discus 185 feet, 4 inches for the win and the third-best throw in the Big 12 this season. It was his second home meet win in a row.

Spencer McCloud won the men’s high jump with a distance of 7-1/4, which tied a personal record.

Nick Pynn finished second in the triple jump with a mark of 51-11.

Spencer Dunkerley-Offor took second in the 110 hurdles with Steele Wasik taking fourth and John Burt, UT wide receiver, finishing sixth. Dunkerley-Offor clocked a time of 13.49 with Wasik finishing in 13.99 and Burt coming in at 14.13.

On the women’s side, Elena Bruckner, Destiny Collins and Ariel Jones all came away with victories in their individual events.

Bruckner posted a mark of 54-8 1/4 in the shot put for the win and the No. 4 distance in school history. Lauryn Caldwell took fourth in the event.

Teahna Daniels added a second place finish for Texas as she ran a 22.99 in the 200 meters. It was a personal best and the No. 3 time in the Big 12 this season.